It was gray and a little wet when I started the holler walk today, but it cleared up the longer I was out. I heard a pileated woodpecker drilling away further down the holler. Yesterday while I was hanging clothes on the line, I'd heard one's call. I see and hear them often, and I'm pretty sure they nest close by -- several summers I've heard what sounds like young ones learning the calls.

I heard lots of other calls I didn't recognize, so I spent some time today at All About Birds listening to recordings of birds that I know live around here. I actually identified two calls that I hear a lot: the white-eyed vireo, and either a red-eyed vireo or yellow-throated vireo. I'll have to do some work to figure out which one it is for sure.

On the flowering side, some umbrella magnolias in the holler now have a flower or two showing, and the group of wild geraniums near my favorite resting rock have flowers now.

This afternoon I saw lots of little winged seeds falling as the wind picked up. I think this one is from a red maple (best guess so far): 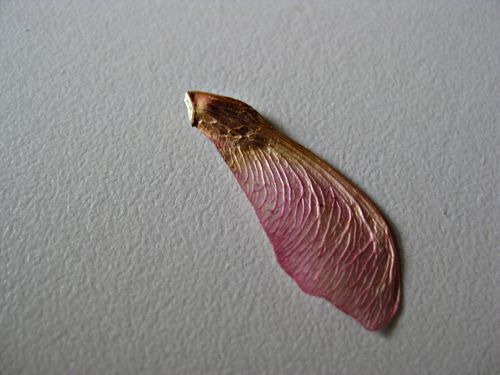 It was an exciting day in the holler up to that point, but, I have to say, it got better. I went out retrieve laundry from the line and happened to see a congregation of butterflies near the edge of the driveway. Some of the large ones were flattened out and were so still I thought they might be dead. I dropped the laundry and went running for my camera. They were still there when I came back, and stayed there while I got more than 60 images. 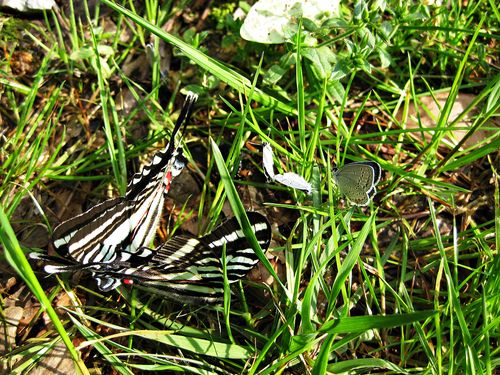 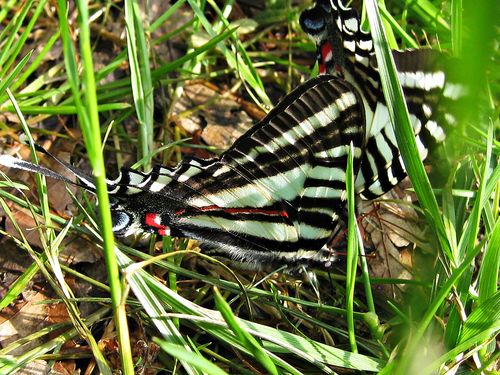 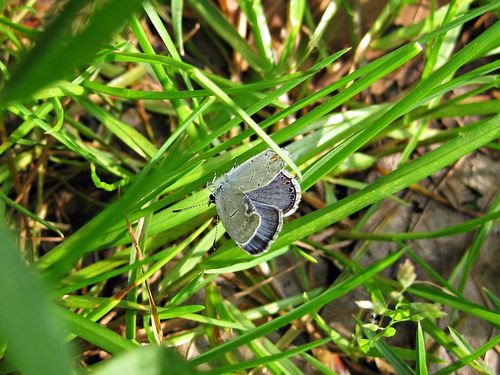