Christmas Eve in the Holler

Just got back from today's holler walk. I saw a male cardinal and three or four chickadees. The cardinal was especially striking in contrast to the (mostly) leafless landscape.

I have tried to get photos out in the holler on Christmas Eve and Christmas Day the past few years, just to note what's happening on the same day of the year, one year to the next.

I don't think I've ever taken a photo of the amazing hawthorn just down the driveway. I've been tempted to cut it back but it doesn't impinge on my sitting rock (yet) and it's pretty far off the lane, and a lot of small birds use it...so I've left it alone. Here's what it looked like today: 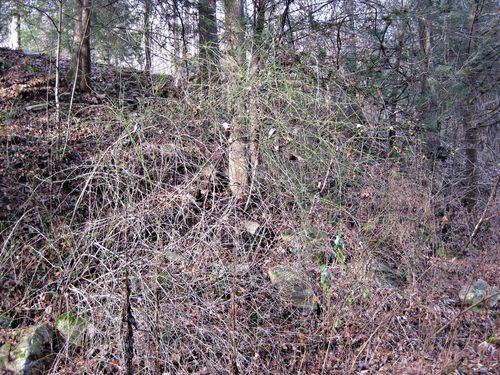 Hawthorns aren't so photogenic in the winter but I can really appreciate the leafless explanation for why people have used them for hundreds of years for livestock fencerows or to secure their property...and why they are useful to small birds and animals for cover.

I decided another keynote photo this year would be this one of a petunia that has sprung back to life in the mild temperatures this month: 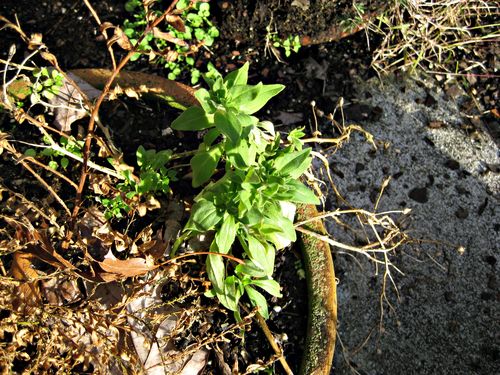 I forgot to check my flowering quince to see if it was stirring...I'll look at it tomorrow when I go out. Here is what I found on it Christmas Eve of 2009: 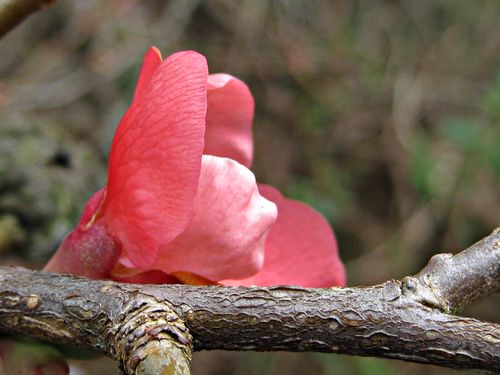 Here are some interesting links about useing hawthorn and hedgerows for wildlife:

How to make your hedge wildlife friendly