Here are some stills from the video, and a short clip of one of the self-feeding attempts: 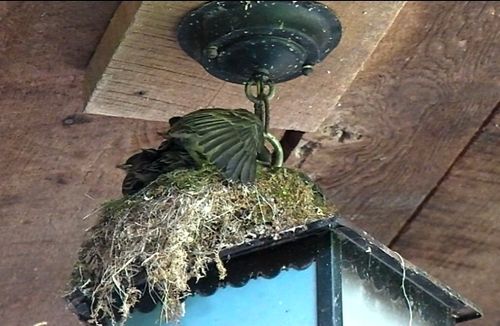 18 May 2012: Wing feather development of one of the little phoebes. [Photo credit: Cathie Bird] 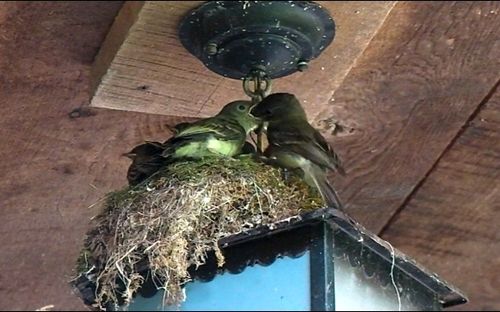 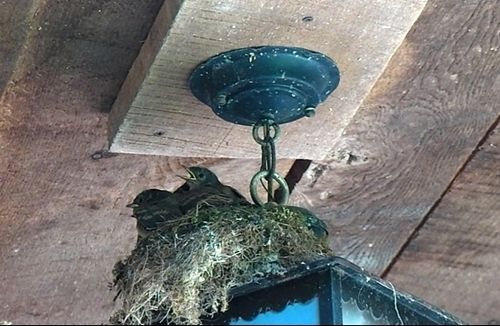 18 May 2012: Two of the five chicks at the camera side of the nest. [Photo credit:Cathie Bird]

And here's the video clip:

I'm going to miss the activity outside my window, but I'm happy everybody seems to have made it through those vulnerable stages in such close proximity to a human dwelling with two cats and two dogs.