In the holler: Diana fritillaries!

Now that my Echinacia patch is blooming full tilt, all kinds of bees and butterflies are here to feed on them. After many years of wondering if I would ever see a Diana fritillary here in the holler, I saw three of them today and got photos of a male and female. They seem to be a little more sensitive to my presence than the great spangled fritillaries that I see more often -- and observe for Nature's Notebook. It was also around noon when I spotted them, and approaching 90 degrees. I think all of this contributed to several washed out images, but here are the best ones: 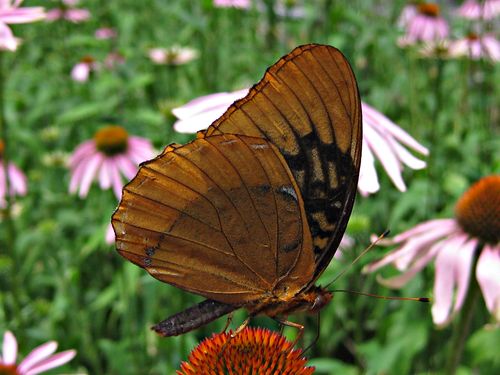 I was not able to get a "wings open" image of the male today, but I will keep trying. They have a strikingly beautiful black and orange wing pattern. At least two males have been feeding right outside my window all afternoon. 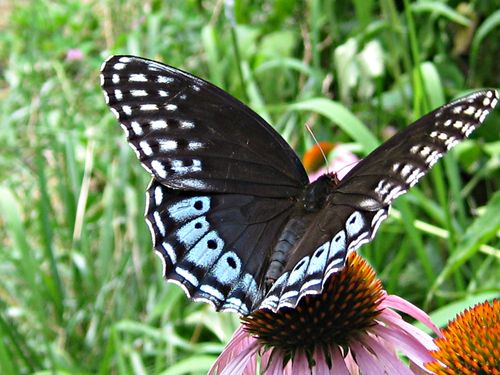 I thought I was seeing Diana fritillary females whe I first moved to the holler, but later identified what I was seeing as red-spotted purples. When I saw this one from far away, I thought it might be a dark phase female tiger swallowtail. When I got closer, it clearly was not, although later in the afternoon I did see a dark female swallowtail. 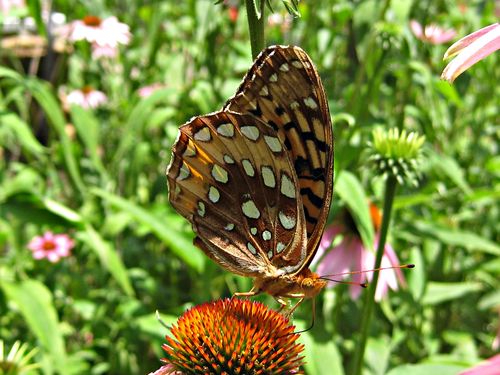 Other butterflies in the flowers today included skippers -- a silver spotted skipper and another that I have not yet identified -- and a hairstreak that I was not able to see long enough to zero in on the species...but I'm guessing it was a gray hairstreak...hope it comes around again. It was on the outside of a window pane but I could not see it very well through the slats of the blinds...tried to raise the blinds carefully but I scared it away.

Lots of birds and other interesting creatures in the holler lately. Here's an awesome (but very small) hopper that I've seen on my potted lantana a couple of times: 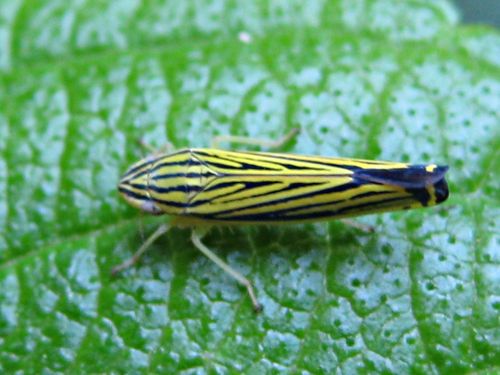 I have a yellow-breasted chat and white-eyed vireo living close to the house this year...great songs to start the day with. Today I saw a pair of ruby-throated hummingbirds around my geraniums -- the male was doing some courtship aerials...awesome!