« After snow and freezing nights, emerging vegetation holds its own | Main | Today in the holler: nesting phoebes, eastern tiger swallowtail »

Life in the holler: phoebes return and trillium is prolific

I finally caught sight of an eastern phoebe checking out the old nest yesterday...today I saw two of them together. Nest remodeling and fortification is underway!

This spring I'm seeing numerous yellow and white trillium leaves emerging, some in places I have not seen them before. Here are a couple of the baby plants: 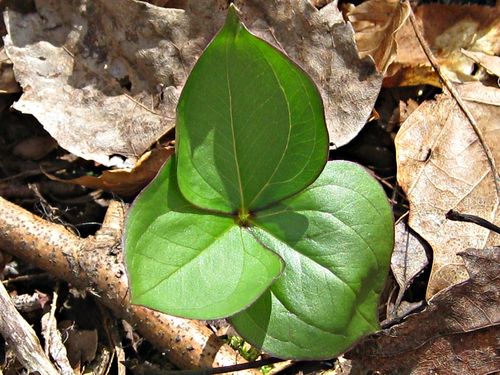 This is one of the white species, probably Trillium grandiflorum, based on previous sightings in this approximate area of the riparian zone of Hudson Branch. [Photo credit: Cathie Bird] 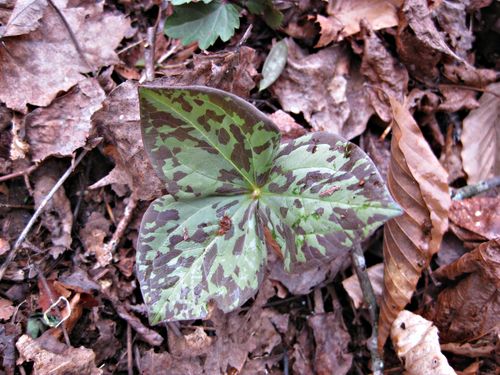 I finally found some Carolina spring beauties in the holler. I figured they must be around but had never found any. This year they are numerous along Hudson Branch. I'm thinking I was never in the right place at the right time to see them. Access to the stream edge is not easy, but curiosity got me closer, earlier this year...spring beauties and white trillium leaves the prize.

Here is one of the spring beauties: 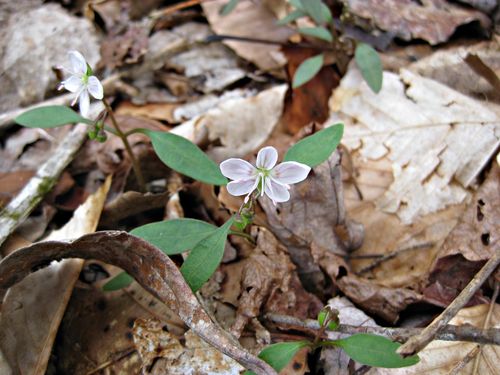 I'm seeing at least three different toothwort species now -- mostly emerging leaves but some flowers in the open, sunnier areas. My last post has a photo of the Cutleaf version. I think this one is a broadleaf toothwort: 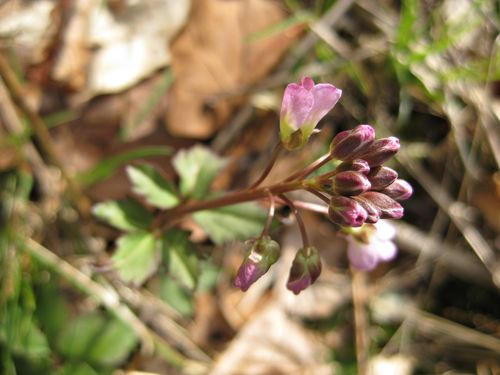 I believe this is the slender toothwort: 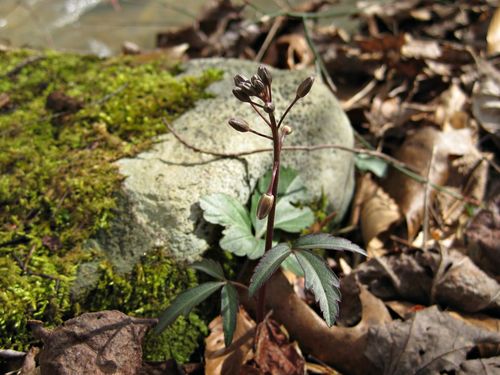 In the past two days or so I have also seen Rue Anemone and one of the Hepatica species that grows in the holler: 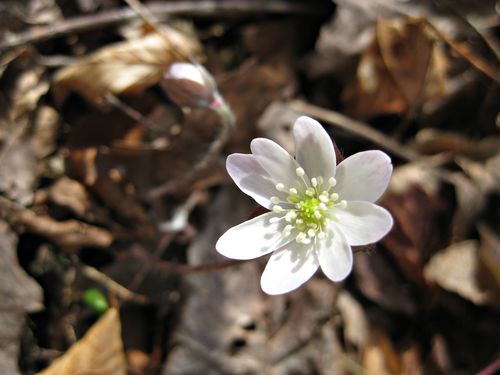 I think this is Hepatica but not sure of the species yet...I was reluctant to disturb the leaves around it because it's still getting pretty cold at night and I figured I could get a better look at the basal leaves later.