« Today in the holler: nesting phoebes, eastern tiger swallowtail | Main | In the holler: an indigo bunting and a new batch of phoebes »

Out in the holler: just about everything!

Spring emergence has been in warp drive here in the holler for the past 10 days or so. On April 11, a common expression in the neighborhood was, "It's like everything popped out overnight!" 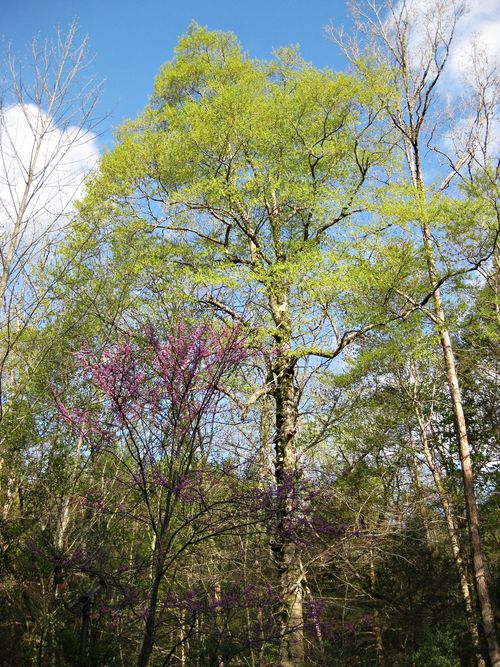 Today Redbud1's flowers are peaking, Beech1 has both leaves and flowers, and Beech2 has leaves on several branches. The apple and cherry trees both have flowers that so far have survived the cold nights. Oak trees in the holler have baby leaves out in the open as well.

In the past week I've seen many eastern tiger swallowtail butterflies, and at least one zebra swallowtail. I think it was around April 15th when I saw a number of Horace duskywings. One of the white species has been around as well -- usually the West Virginia whites show up first here. At least one species of azure is out but I've had trouble getting close enough to narrow down the species. A mourning cloak continues occasional visits. 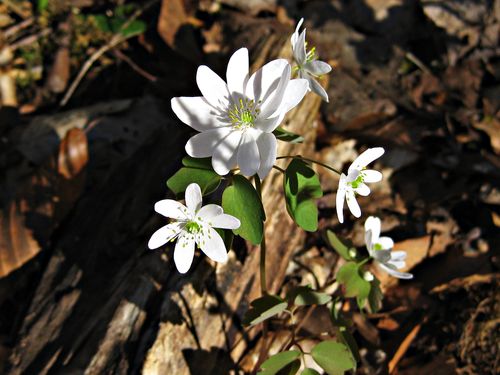 The rue anemone have peaked and foamflowers have taken over the most-prominent-bloomer designation in the holler. I've seen a lot of phlox plants with buds -- lots of them blooming at lower elevations but none here yet. This was also a good toothwort year for me. I discovered that the fineleaf toothwort grows in the holler...four species of toothwort for me to follow now. 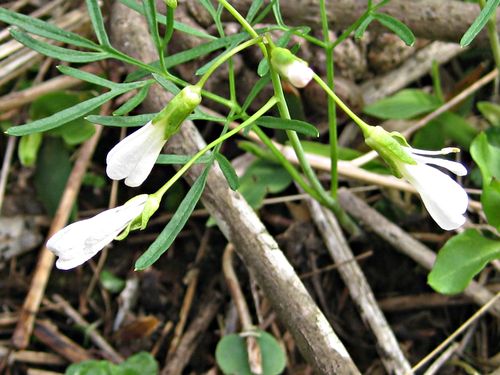 In a post on April 3 I noted that trillium was prolific this year. I thought I had Trillium luteum and Trillium grandiflorum. About 10 days later I happened to discover my first red trillium species, Trillium sulcatum and Trillium cuneatum, though not within my designated observation plot. 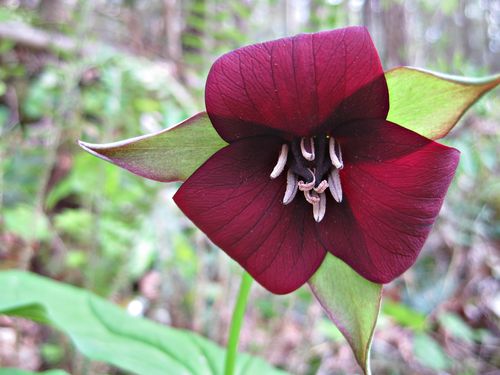 Today I see that the fleabane have flowers. A little further down the lane I've seen lots of wood vetch and Robin plantain. Common blue violets are out in large numbers now as well.

Two days ago I noticed indigo buntings in the neighborhood. On Friday -- while it was still raining -- a female ruby-throated hummingbird came to the window and looked in for a few seconds.

The eastern phoebes have finished the nest. One of them -- I assume it was the female -- sat on the nest all day for the first time last Sunday (14th), and today she is there again. I'm wondering if she has laid some eggs...she leaves the nest very infrequently. I moved the car to the back of the house on Monday and now use the back door exclusively. I'll do this until any young phoebes fledge. This phoebe couple had five chicks last year and, as near as I could tell, all of them were successful in leaving the nest safely.

I'll end this post with a photo of the eastern box turtle that I almost tripped over when I went to check on progress of Forsythia1 on Thursday (18th): 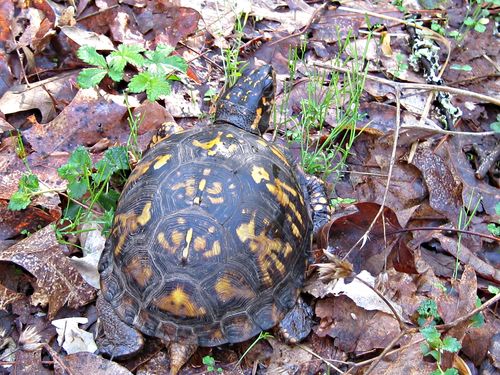