Out in the holler this week: butterflies, moths and snakes

Lots of critters moving through the holler this past week. I've seen deer tracks down by the apple tree a couple of times. Some of the apples are falling off, attracting birds and at least one whitetail deer. Many other apples remain on the tree and are getting larger. Blackberry bushes are full but they don't have many ripe fruits yet. I've sampled a few on my holler walks though.

My best photographic evidence of wildlife has been of butterflies and moths this week: 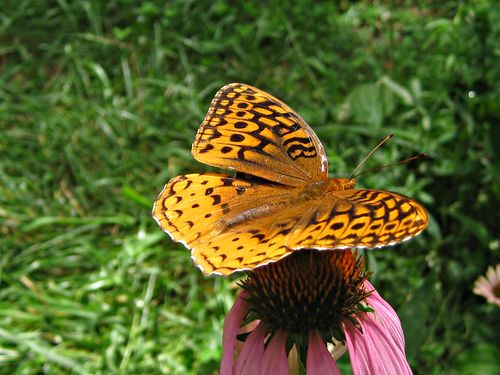 I've seen a male and female Diana fritillaries mixed in with the great spangled ones...no photos of them yet...they seem more leery of me.

On the other hand, this Little Glassywing let me get several shots from different angles: 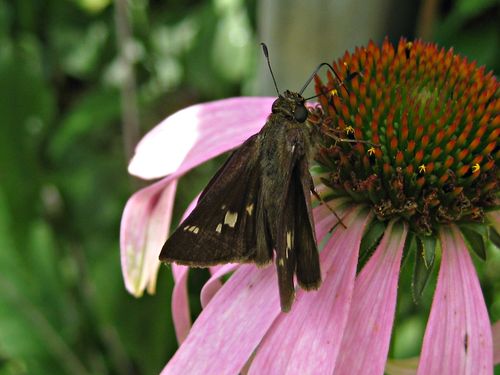 Last night this awesome Io moth came through the pet door into the kitchen: 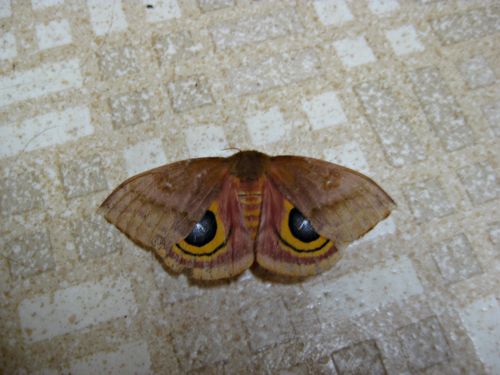 After taking a few photos I slipped it into a jar and back out through the pet door, but this morning it (or another one) was sitting on a window blind. I managed to get that one safely back into the woods just before I came in to do this post. This was a new moth for me -- always an exciting event.

My favorite photo of the week, though, is this common garter snake: 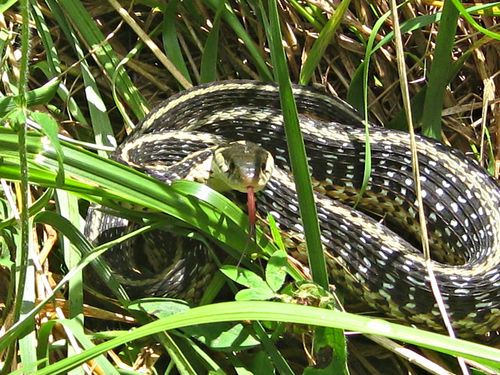 I stirred this snake up out of the grass while I was checking out the Echinacea patch...I think I almost stepped on it. It squiggled away from my feet a few inches before curling up to defend itself. I love this photo because it caught the red tongue with its forked black tip.

I heard and saw lots of birds this week also. Just awhile ago I spotted several white-eyed vireos. At least one of them was a juvenile. I'm wondering if some chicks recently fledged. A male was singing outside my window just before I saw several others in the quince and autumn olive bushes along the fence.

Several crows have been making a racket as I'm writing this post. On holler walks I've heard jays, cardinals, yellowbreasted chats and plenty of calls that I can't identify yet.

Posted by Cathie Bird on 12 July 2013 at 04:53 PM in Butterflies and Moths, Phenology, Reptiles | Permalink