This article from David Suzuki has some great info on environmental conditions impacting monarch butterfly populations...also some suggestions for butterfly gardens that may help this species and others. 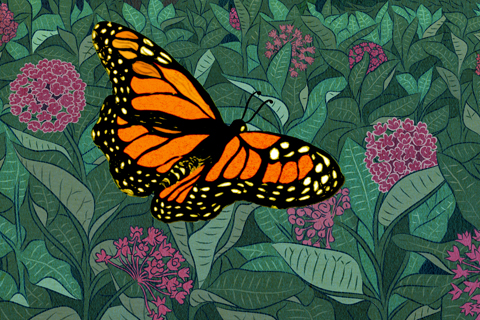 While the future of the monarch looks bleak, we can all help ensure its survival. (Credit: Tin Can Forest)

With a decline of monarchs in Mexico and pervasive threats during migration, it wasn't entirely surprising that they arrived in Canada six weeks later than normal this summer in unprecedented low numbers. Point Pelee National Park in Leamington, Ontario, even cancelled its annual monarch count because of lack of butterflies.

While the future of the monarch looks bleak, we can all help ensure its survival.

Read more of this article at www.davidsuzuki.org

I don't see monarchs here in the holler, but Roundup-free milkweed -- monarch caterpillar food source -- is plentiful. The swallowtails all seem to like it as well...for eating anyway. Here's a recent photo of a bee on some milkweed: 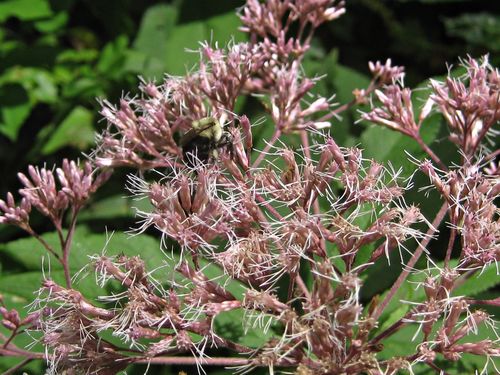 And an eastern tiger swallowtail: 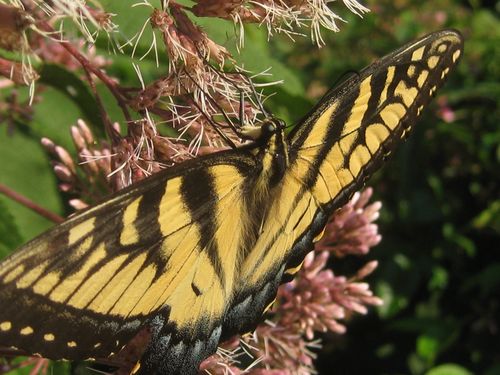 Posted by Cathie Bird on 18 October 2013 at 11:26 AM in Butterflies and Moths, Citizen Science, Climate Change, Ecosystems, Phenology, Plants | Permalink