The holler seems done with fall, drifts into winter...

The holler is dark, cold and rainy today, so I took some time to update phenology data at my Nature's Notebook page, and to think about adding some species before things get lively again in the spring. 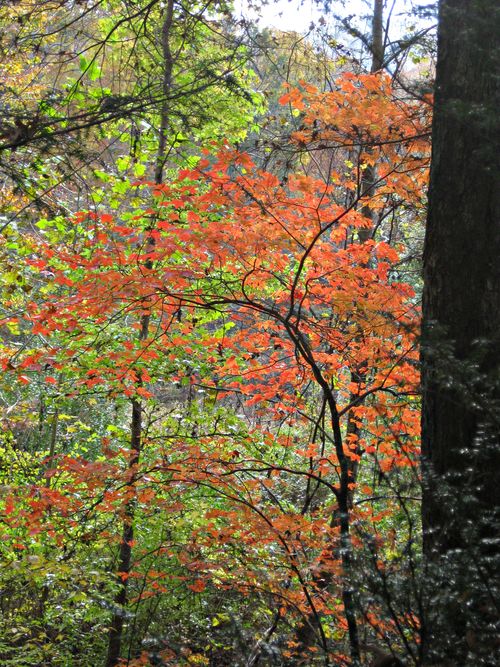 Of the 34 species I track, only the whitetail deer and a few birds -- jays, chickadees and cardinals -- are very active now. At the moment I am considering an addition of some deciduous trees to my list as part of a NPN campaign to track oaks, maples and poplars. These observations help follow the “green wave” of leaf-out in the spring, and the seasonal oranges, yellows, reds and browns of autumn. Observations like these can help decision makers develop forecast models and early warning systems for use in forest management and public health administration, for example, pollen counts for allergy sufferers. (More ways observations help scientists.) 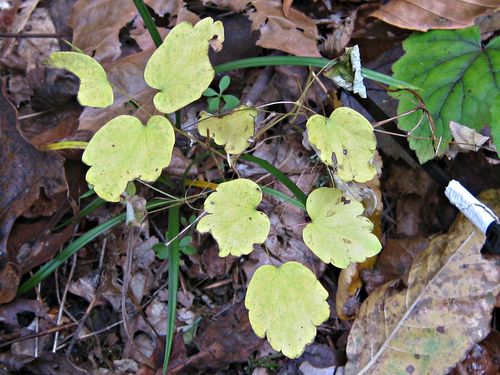 This is RueNem1 on October 30th. This rue anemone survived the first significant frost on October 26th but was totally brown and shriveled by November 7th. [Photo credit: Cathie Bird]

So what's out in the holler now? The past few weeks I have seen lots of eastern towhees, and some other sparrow species. This is the first year I've been aware of so many towhees in the fall. I have often seen one or two in the spring. I really can't say if there are more here than usual, or that I'm just paying more attention to what's flying around.

I generally see crows everyday, and maybe see or hear a hawk several times a month. A few days ago I saw downy woodpecker working on one of the walnut trees down the lane. My smaller dog, Shadow, was quite fascinated with the pecking, and stood by to watch the bird even longer than I did.