Out in the holler: blooming, leafing, chirping, croaking

It's happened again...spring is moving fast through the holler but I have not kept up with it on this blog. Fortunately, I have photos to remind me what's come out so far.

Three of the flowering plants I observe for Nature's Notebook have bloomed (see photos below). The cutleaf toothwort, echinacea, and both orange jewelweed plants have leaves. Last year I missed the emergence of the wingstem. It was the first year I'd observed phenophases for this species, and it was up before I knew what I was looking at. 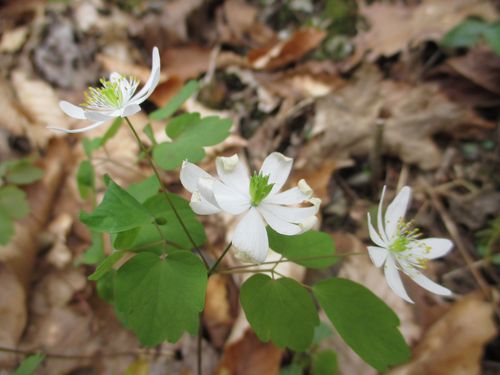 This week, the center flower of the rue anemone (above) dropped its petals and now has some fruits forming. The dogtooth violet's fruit has already come and dried. The trillium still had a flower yesterday when I looked. 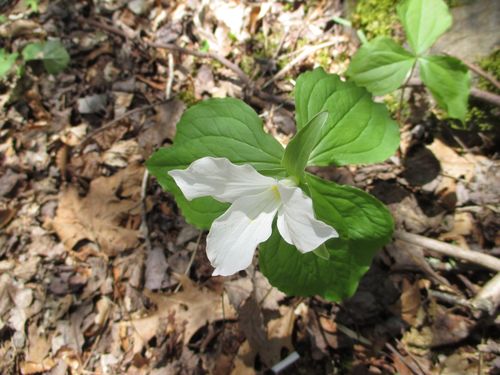 All the tree species I observe -- forsythia, redbud, American beech, red maples, white oak, hophornbeam and 2 cloned dogwoods -- have flowered or have open leaf buds, and most of them now have leaves that are clearly increasing in size everyday. Yesterday when the wind came up the air was filled for a short time with beech bud parts and red maple fruits whirling down to the ground.

I'm still planning a separate post on the cloned dogwoods, and hope to get photos today. 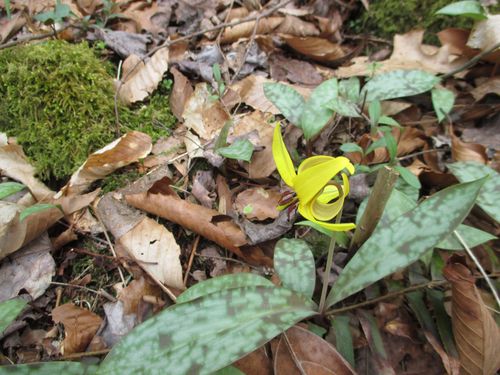 I think a big plant story in the holler this year will be the apple tree. This is the first time in about 3 years that its flowers have not been frosted to death. So far. In the last few days many of the petals have dropped and fruits are forming from some of the earliest flowers to emerge. This is good news for the deer, turkeys and other wildlife that drop by for a bite of the apple. I really felt bad for them last year -- the apple tree and the wildlife -- I only saw one apple make it all the way, and it looked like it had come through a war zone. 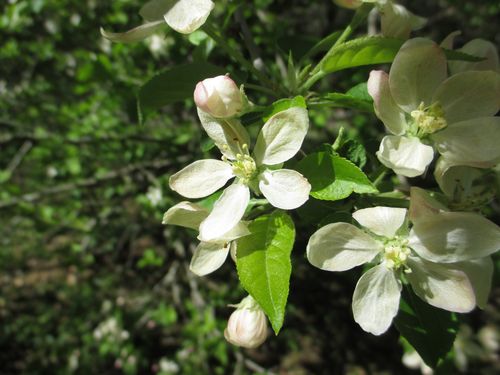 After my March 11 post on all the bird activity, increased sightings and hearings continued. So far, the male phoebe that has been chattering near last year's nest site does not seem to have attracted a partner. At least one phoebe pair is nesting in my neighbors' barn further down the holler. I'm not sure if I'll have a nesting pair here, though I haven't given up on that phoebe-guy. He's pretty energetic.

I'm routinely hearing male cardinal and chickadee calls on my holler walks now. This week I heard common yellowthroats for the first time this year, and saw a blue-gray gnatcatcher and black and white warbler just outside my study window. The blue jays are still around, too. A couple of weeks ago I made a positive ID of a ruby-crowned kinglet. I think I may have seen some around here before, but I saw the little red crown on this one.

No bull frog sounds yet, but I've heard other frogs. No spring peepers up here either this year. I heard them at lower elevations earlier this spring. I'm wondering what's happening with them, as I used to hear them a lot. Like other amphibian admirers, I have concerns that their absence may be a not-so-good sign.

Okay. Now I'll see if I can do a better job keeping up with the rest of the spring, summer and fall life cycles manifesting in the holler.