« The red efts are on the move! | Main | Sights and sounds in the holler: birds, butterflies and bullfrogs »

Out in the holler: Wood Thrush

For the past few days I've stepped out my back door for a holler walk and into the mesmerizing song of a wood thrush. I've heard one of them fairly close to the house but -- unless the first one is following me -- there's at least one more further down the holler.

I hear them every year and less often catch sight of one. Tomorrow I'll try to remember to take my video camera and at least catch a song. 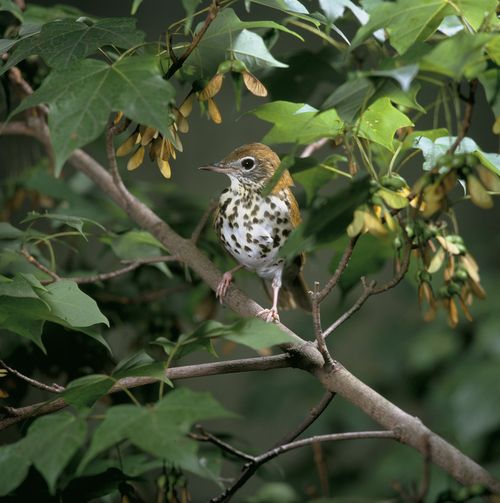 I'm also hearing (and sometimes seeing) white-eyed vireos, indigo buntings, chickadees, cardinals, Carolina wrens, and at least one male phoebe who still seems to be seeking a partner. A more unusual sighting this week included a kingfisher in a tree close to the lane. I hear them fairly often down along Hudson Branch or Terry Creek.

Crows have been coming around the past few afternoons. One of them sounds like a young bird testing his new crow voice; by the sounds of things, several older crows are staying pretty close to this younger one.

Other sounds in the holler include some bull frogs. I heard the first one this spring on May 10th.

A couple of days ago I saw my first firefly of the season. Yay! I love those things...