In 2011, the US Fish and Wildlife Service proposed to list the western glacier stonefly, an insect found only in the upper reaches of Glacier National Park. Listing was later denied, not because the little insect wasn't in need of protection, but because budget constraints prevented its protection in favor of higher priority species. 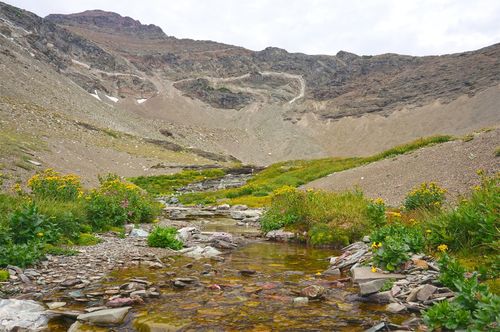 A spring fed stream in the Two-Medicine drainage of Glacier National Park is one of 2 new locations for the western glacier stonefly (Zapada glacier). [Photo: Joe Giersch, USGS]

This week, a USGS press release announced publication of a new study in Freshwater Science that this stonefly may be imperiled by the loss of glaciers and increased stream temperatures due to climate warming in mountain ecosystems.

The study was initiated in 2011, partially to add to skimpy data available for use in the endangered species listing process opened by USFWS. As part of the study, scientists from the U.S. Geological Survey, Bucknell University, and the University of Montana resampled six streams where the western glacier stonefly was known to live. Using species identification and genetic analysis, the researchers found the western glacier stonefly in only one previously occupied stream and in two new locations at higher elevations. 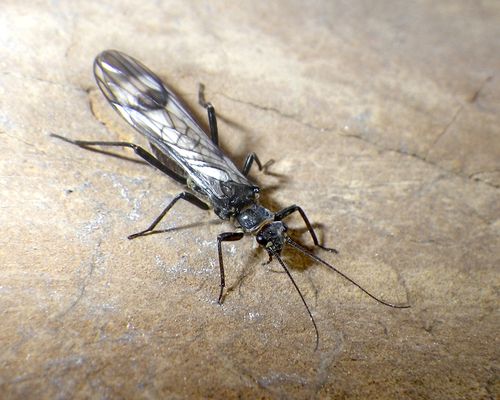 A major problem for the stonefly and other cold water dependent species is that by 2030, the glaciers in the park could be gone. Scientists are concerned about where these species will go as their increasingly fragile habitats disappear.

According to Joe Giersch, project leader and USGS scientist, “Few studies have documented changes in distributions associated with temperature warming and glacial recession, and this is the first to do so for an aquatic species in the Rockies.”

“There are a handful of other coldwater dependent alpine aquatic species here in Glacier that are at risk of extinction due to the loss of permanent snow and ice. Under a warming climate, the biodiversity of unique aquatic alpine species – not just in Glacier, but worldwide – is threatened, and warrants further study,” said Giersch.

Posted by Cathie Bird on 06 December 2014 at 05:24 PM in Fish and Wildlife, Insects, Species conservation | Permalink