« A rare stonefly may soon be up the creek without a glacier | Main | Snow, ice, spring! » 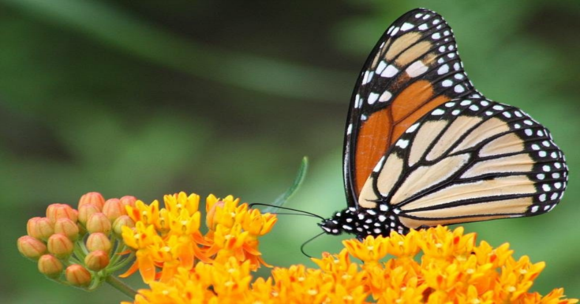 A monarch butterfly on butterflyweed, a type of milkweed, at the Lenoir Preserve Nature Center in Yonkers, New York. (Photo: Don Sutherland/flickr/cc)

Herbicide-resistant genetically modified crops have brought the iconic monarch butterfly to the brink of extinction, according to a new report presented by the Center for Food Safety to Congress on Thursday.

The report, Monarchs in Peril (pdf), is the most comprehensive look yet at how Monsanto's 'Roundup Ready' crops have helped decimate the monarch population, which has declined by 90 percent in the past 20 years.

The report linked above [Monarchs in Peril: Herbicide Resistant Crops and the Decline of Monarch Butterflies in North America] summarizes some of the  recommendations for federal agencies, Congress and state governments that have been put forward by scientists and public interest groups concerned about the monarch's future. These include listing the monarch under the Endangered Species Act, and reopening past assessments of herbicide-resistant crops by the USDA pursuant to the National Environmental Policy Act (NEPA). 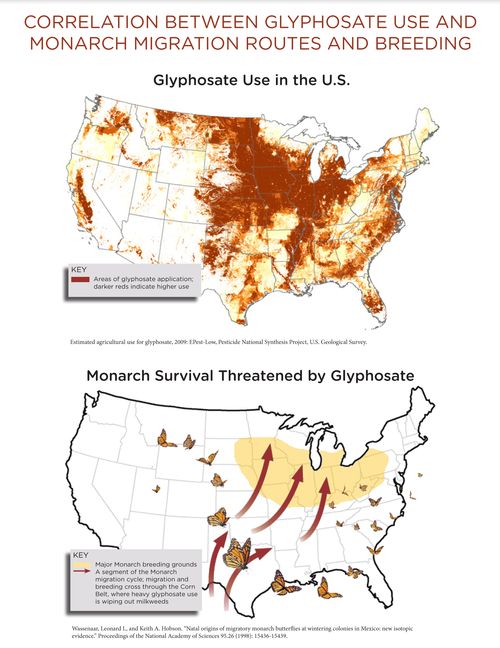 In August of 2014, the Center for Food Safety, the Center for Biological Diversity and several other organizations filed a legal petition to protect the Monarch Butterfly under the endangered species act. The USFWS responded by opening a review of the the monarch's status.

In December, the USFWS published their 90-day findings on the monarch in the Federal register. The public comment period is open through March 2, 2015 on whether to list the monarch butterfly under the ESA.

See also my March 2014 review of work the David Suzuki Foundation is doing to encourage citizen scientists to help protect the monarch.