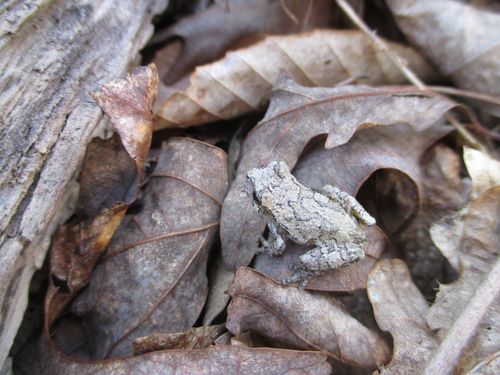 Sometimes while I'm observing one species, I'm surprised -- and delighted -- by the unexpected discovery of another. That happened three times last week.

The little Gray Tree Frog above hopped out of a patch of wood anemones that I was photographing. She or he stopped long enough for me to get a good photo. I often hear tree and chorus frogs in the holler, but this is the first one I've seen. They spend most of their time up in the trees, but come down during their breeding season -- that's going on now, and probably why I got a chance to see one.

The whitish spot below the eye that is characteristic of both gray tree frogs shows up pretty well in the photo. Distinguishing between Hyla versicolor and Hyla chrysoscelis, however, is a matter of counting chromosomes, which I don't do. Their calls also differ (check out H. versicolor sounds here, and H. chrysoscelis sounds here).

The Cope's recording (H. chrysoscelis) sounded more familiar, and most of the Cope's images I found online looked more like the one I found. At this point, I'm just happy to know it's one or the other. 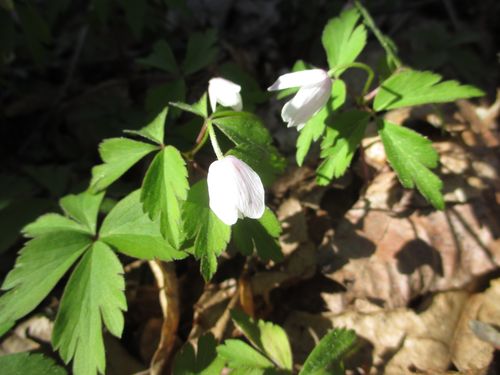 The tree frog was near this Anemone cinquefolia group, April 11, 2015. [Photo: Cathie Bird]

A few days later I was using binoculars to scan the flower and leaf situation on an eastern redbud. The branch I happened to focus on had an eastern phoebe sitting on it. As I watched the phoebe, I caught a flash of yellow on another branch. Switching my focus, I saw a male yellow-throated warbler that had a beak full of vegetable matter. I have suspected that these warblers nest close by every year; now I have a little more evidence.

I can report one other surprise last week: I was scanning a congregation of butterflies -- mostly Horace's Dusky Wings -- and saw what I thought might be a Spring Azure. I took a photo of it and discovered later that it was an Appalachian Silvery Blue -- the first of this species that I had identified among the many blues that fly in the holler: 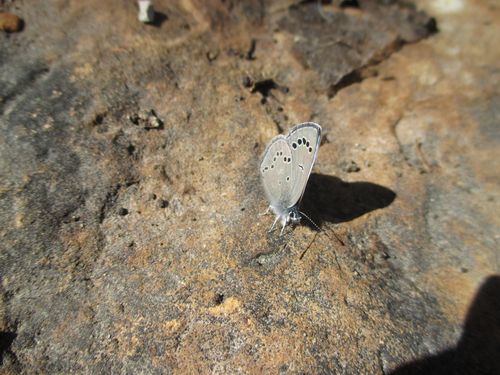 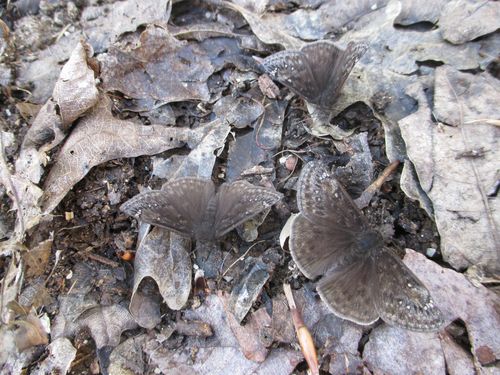