Last month I shared some unexpected sightings of species I happened to see while looking at a different species. Today I can add two more to that list: a Golden-banded Skipper and a Silvery Checkerspot. 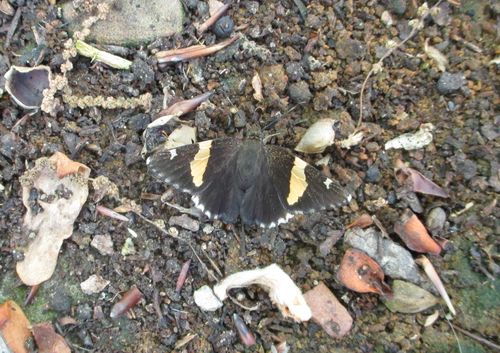 This skipper has two populations, one in the eastern United States and one in the southwestern U.S. and Mexico. Most sources I explored describe the eastern population as rare and local. The sole host plant for the caterpillar stage is the Hog Peanut (Amphicarpa bracteata), of which the holler has plenty.

I submitted a request to BugGuide to help me confirm the ID. I got a pretty quick response, and you can view my photo and ID confirmation at BugGuide.

Doing a little more research, I found some interesting sighting record maps. Here's a screen shot of sightings verified for Tennessee (orange circles) at the Butterflies and Moths of North America website, to which I added the approximate location of my sighting (red triangle): 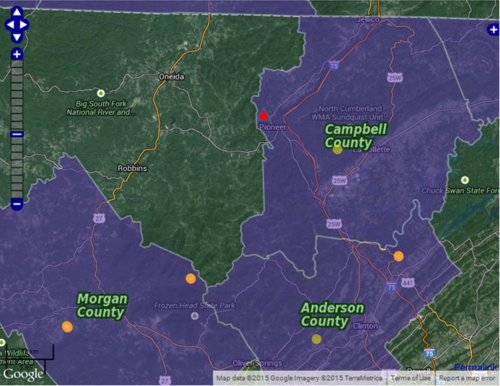 Here's the subject of my other unexpected sighting today: 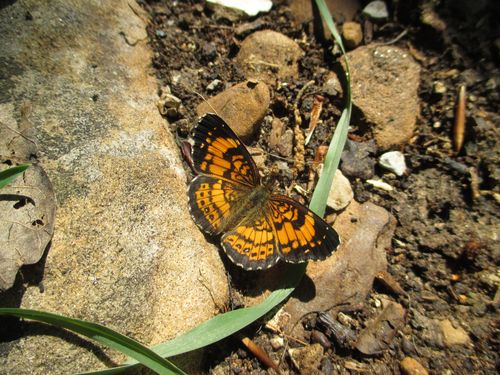 In this case, a side view of the same individual helped me confirm the identification. I have many photos of the Crescent species which have generally similar orange and black markings when seen from above, but the larger size and absence of any chevron markings in the side view indicated this was a Silvery Checkerspot: 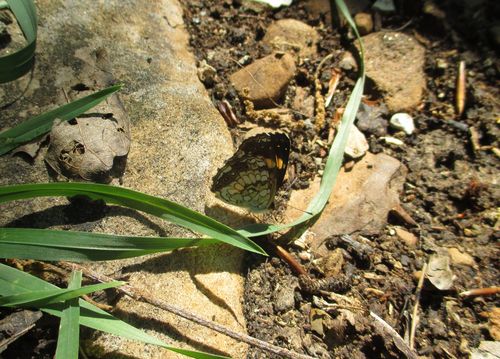 I've seen these butterflies before, but this is the first time I've been close enough to get a confirming view. The butterfly I was observing when these two species joined the crowd was a Red Admiral: 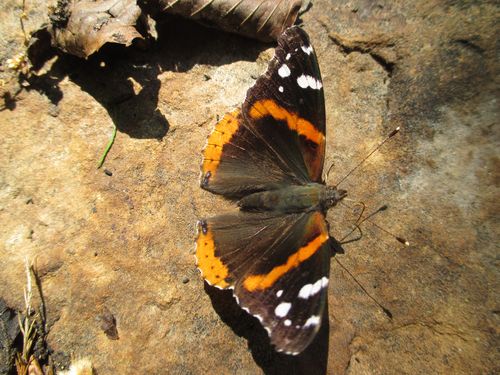 Posted by Cathie Bird on 06 May 2015 at 04:47 PM in Butterflies and Moths, Cumberland Mountains, Phenology, Tennessee | Permalink