« The latest holler awesomeness: butterflies, moths and a little red eft | Main | One Season in the Life of a Trout Lily »

I find dragonflies and damselflies to be among the most magical insects in the holler. My close encounters with them are usually unexpected, and when I'm close enough to see details that will help identify them -- or better yet, to get a photo --  it just makes my day.

A recent upsurge of small biting insects in the holler has thankfully been met by more damsels and dragons. This morning I saw quite a few out hunting, and even managed to get one clear photo of a Safron-winged Meadowhawk: 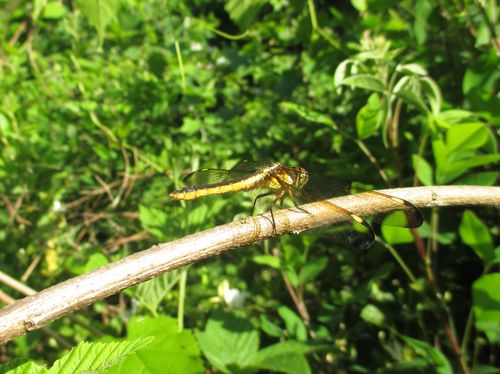 I actually saw my first one of these back in 2010, but I had misidentified it as a female Autumn Meadowhawk. While the body pattern and color of the females of both species are similar, the safron-colored wing edge and yellow spots distinguish Sympetrum costiferum from Sympetrum vicinum, the Autumn Meadowhawk. A closer examination of my 2010 photo today revealed my error

Last week I added a new species to my list when a spiketail (below) landed on my car while I was unloading groceries. My camera was in the house, so I asked this awesome creature if he could just stay there until I got my camera. 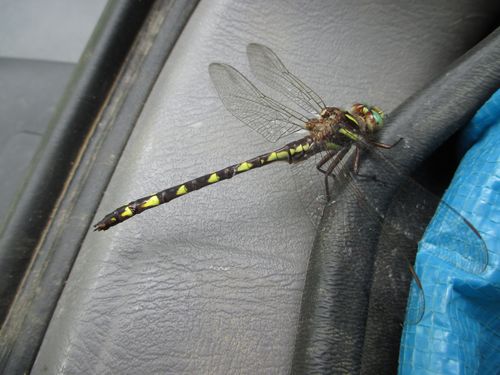 Not only did he stay where he was, but he let me take a dozen or more photos. After I was sure I got some good ones, I stepped back and thanked him. A few seconds later he flew off -- definitely a magical encounter!

My sighting of a Slender Baskettail (see photo below) in April was also my first for that species. I happened to see it while collecting data for Nature's Notebook that day. I wanted to get closer to make sure it was not a female Whitetail dragonfly, a species on my observation list. As I got closer I could see it was too small for a whitetail, and lacked the dark wing bands. I felt lucky to get close enough for a good photo, which always makes use of online identification tools easier. 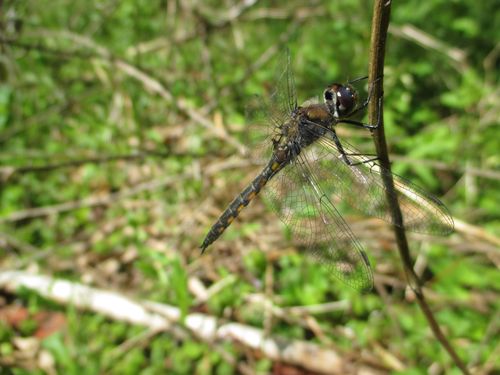 The holler has a fairly large and stable population of Common Whitetail dragonflies. The male's chalky-white body makes it easier to spot than the female: 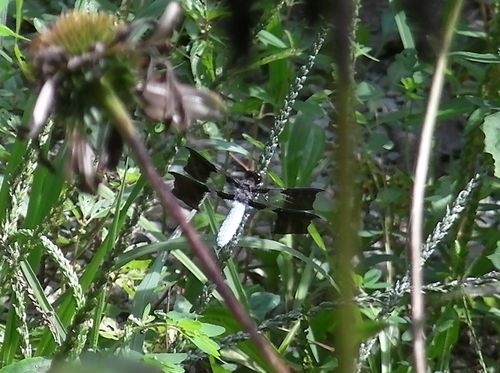 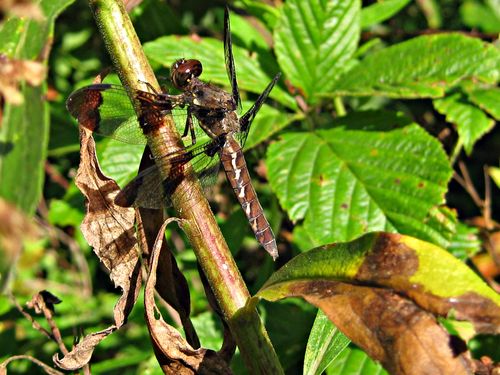 One of the largest dragonflies I've seen is this Gray Petaltail that was hunting near my Echinacea patch: 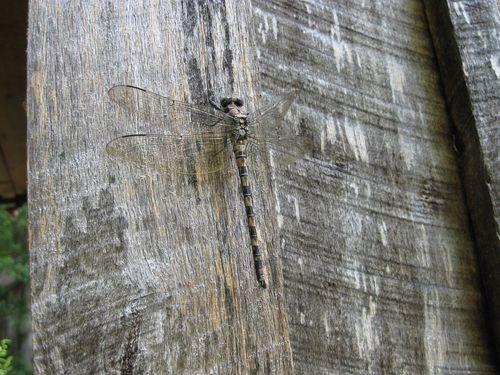 Damselflies generally are smaller, skinnier and what I would call 'lighter on their wings' than dragonflies. I've found them harder to photograph and identify. I'm fairly certain, though, that the one below is a Great Spreadwing: 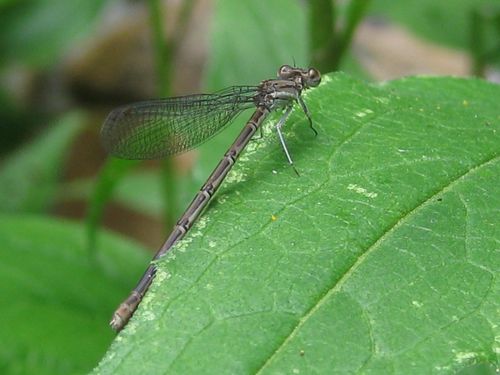 To identify the damselfly below as a female Sedge Sprite, I had to enlarge the original photo to see enough detail -- you can click on the photo for a larger image: 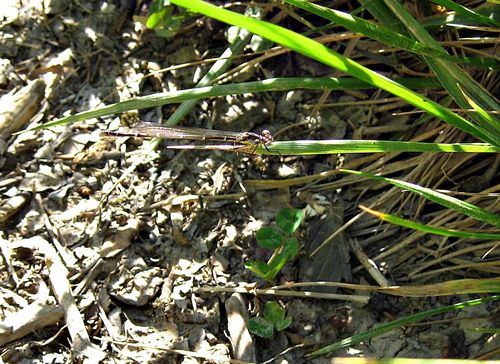 I really love this next one, but I'm still looking for an ID that I'm comfortable with. I gave it one more shot at BugGuide today, and the closest I have found so far is the Furtive Forktail Damselfly (compare this photo at BugGuide): 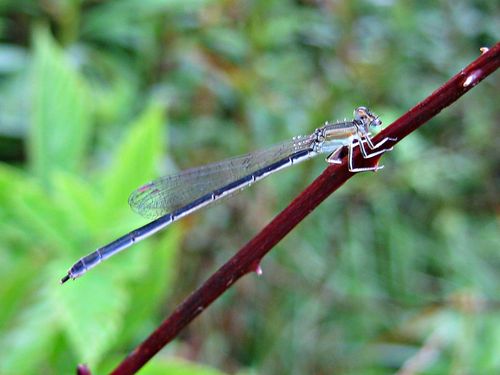 I'm confident that these, however, are Ebony Jewelwings, one of the broad-winged damselflies: 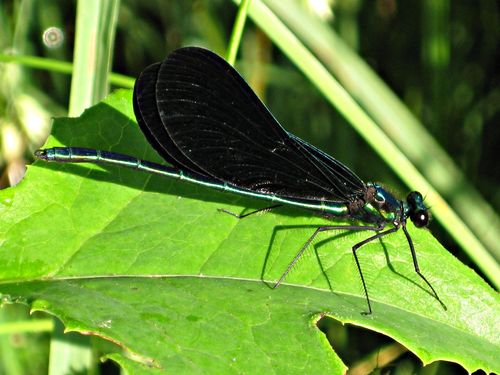 The best photo I have of a female Ebony Jewelwing is one I took inside my house before I helped her get back outside: 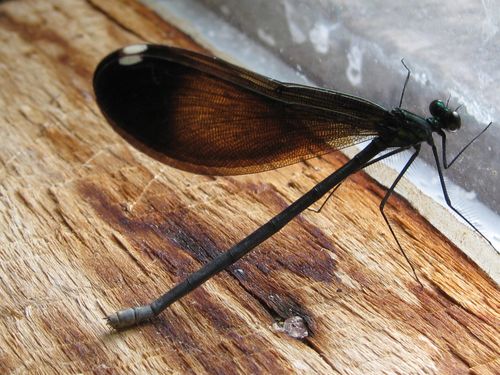 Posted by Cathie Bird on 25 May 2015 at 03:41 PM in Cumberland Mountains, Insects, Phenology, Tennessee | Permalink