« Mayflies in the holler | Main | Observing my phenology observer phenophases »

Toads in the holler

When I started seeing a toad in one of my planters this fall, I decided to add them to my observation list at Nature's Notebook. But what species? 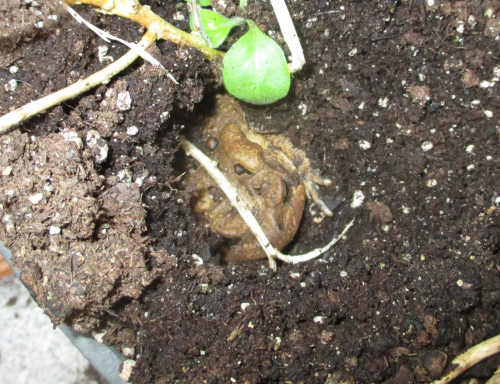 I saw several different species available on the USA-NPN list, so I decided to dig into my photo archives and do some online searches before I officially added toads to my list. I assumed the one I saw (above) was an American toad because that's the only species I'd seen around the holler, like this one I almost stepped on because it blended with the leaves so well: 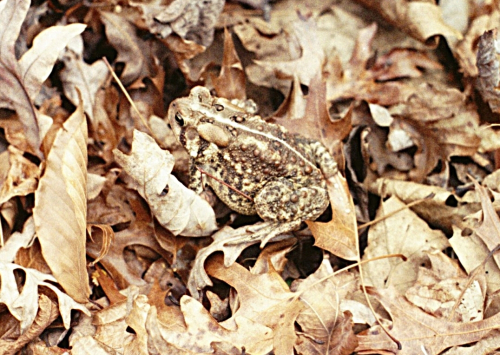 I checked out USA-NPN and other websites for help on differentiating these two species. While each site noted the number of warts per dark spot and the relationship of the cranial crest to the parotid gland as keys to identification, the photos did not clearly illustrate the latter. Once I had my own photos in view, this drawing at the Tennessee Wildlife Resources Agency's page on frogs helped me sort them out: 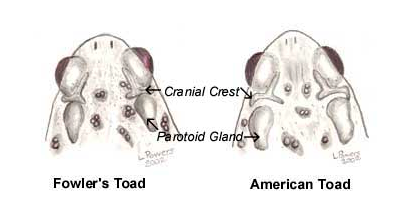 The view below of "Potter" -- my planter toad -- shows the cranial ridge touching the parotid gland. Potter appears to be a Fowler's toad: 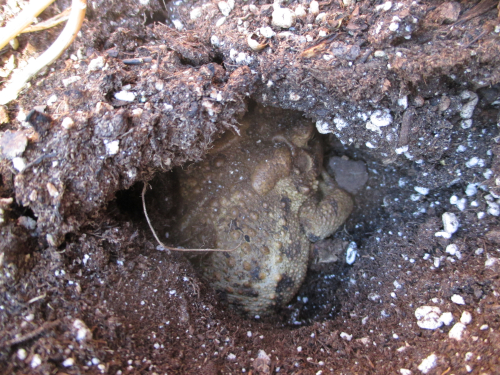 The image of this toad clearly shows the space between the cranial crest and the parotid gland, so I'd say it's an American toad: 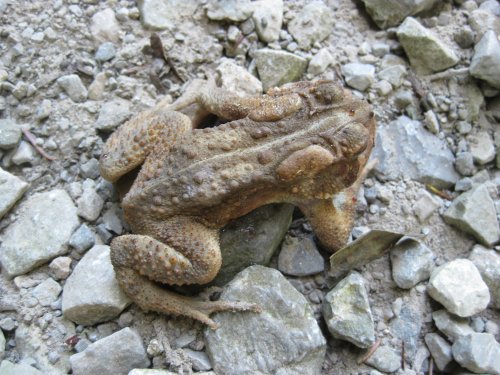 I ended up adding both species to my observation list.

This locally common toad has a very conspicuous call that facilitates detection of breeding sites. It is also readily found on land. Seasonal movements between land and water, breeding, and development rate of embryos and larvae depend in part on environmental temperature and precipitation patterns, which in turn are likely to be affected by climate change.

I last saw Potter on November 18th. That night we had some rain, and the temperature dropped significantly the next day. When I checked the planter yesterday on my holler walk, all I saw was an empty toad cave. I took this photo a few minutes ago: 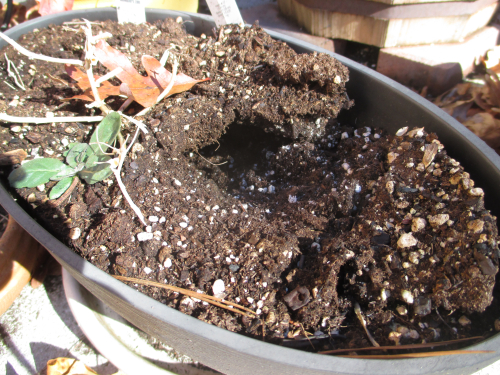 I suppose Potter might have dug further in, but it's possible that common toad sense has sent her or him to a more protected hibernation site.