I had to laugh a bit the other day as I wondered whether or not there might be phenophases of phenology observers as well as those of the species they observe? 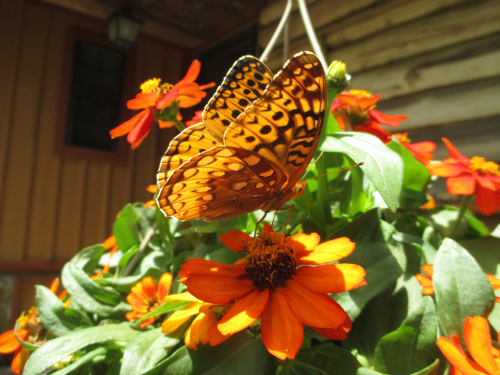 A great-spangled fritillary feeds on the zinnias I added to my 2016 planter garden. [Photo on July 1st: Cathie Bird]

Consider this definition of "phenophase" from USA-National Phenology Network's Project Budburst: "A phenophase is a distinct event in the annual life cycle of a plant or animal in relation to changes in seasons and climate. In plants, examples of these observable events include budburst, first flower, first ripe fruit, and color change."

Well, being human, I am an animal, and being a phenology observer, I am aware of distinct cycles of my own thought, feeling and action in relation to changes in season, climate, and the species I observe.

In spring and summer I spend most of my time observing and recording what I see and hear. I continue to record observations in the fall and winter, but find myself with more time to review experiences of the busier months, or to think about what species I see all the time but don't have on my list.

For me, the quieter months are a good time to mess around with my lists -- to add new plants or animals, or (as I did this month) reorganize my observations into multiple lists rather than one giant one. I now have one list for plants, one for birds, and one for mammals, amphibians and insects -- but all within the same holler. With shorter lists, the online data input goes a little more smoothly.

In the past I've used the slower months to vary the content of posts for HollerPhenology -- stuff on citizen science or species conservation efforts or a more in-depth look at one of the species I observe. I didn't do so well with that the past year, or, for that matter, post as many "what's out in the holler" reports during the busy months as I had hoped to do. I'm thinking about how to write more this year.

My slow season thoughts often include how to make the holler more supportive of species I observe. 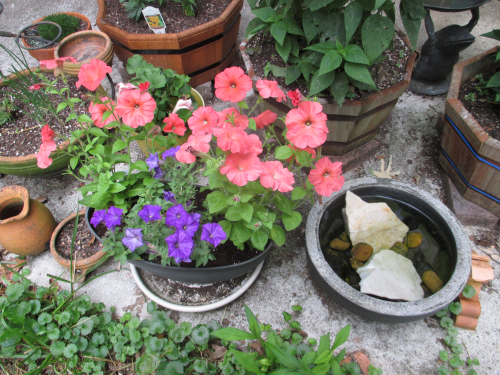 I used to put out bird seed and suet, but soon discovered problems here in the Cumberland Mountains that I had not experienced in the mountains of Colorado and New Mexico -- like throwing out seeds that had mildewed in an outdoor raccoon-possum-squirrel-proof container. One day I almost stepped on a timber rattlesnake that was lying in wait for birds beneath a feeder at the same time I was trying to fill it. I decided to encourage bird-bee-and-butterfly-friendly plants after that.

Last spring I planted Coreopsis that did great, butterfly weed that failed to grow, and bee balm that went bananas but did not produce any flowers. A second eruption of baby bee balms from the parent plant in one of my planters are still green even after a brief period of snow and several days of freezing temperatures in the first week of January. 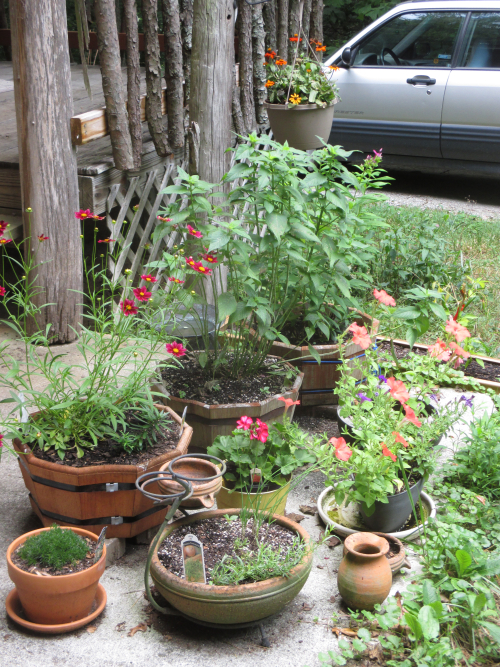 Over the years I’ve also figured out what native flowers I need to protect from mowing and foot/paw traffic. In particular I leave the Leafy Elephant's Foot alone. Goldfinches, wrens, cardinals, sparrows and titmice forage for the thistle-like fruits, especially when it snows, or in early spring before bugs are more plentiful. Last year's crop of Echinacea and Elephantopus suffered because of the severe late summer and fall drought in Tennessee. I noted fewer plants, severe dehydration right when flowers needed water to thrive, and, consequently, fewer fruits. We had such a mild winter here, though, I didn't see many birds foraging in the yard until it began to warm up this month. 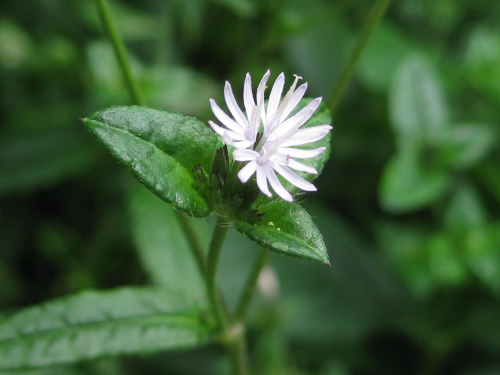 When I experienced the days of rain instead of snow, and temperatures in the 60's and 70's instead of 30's and 40's during January and February, I anticipated earlier-than-usual budbursts and flowers. I went on green alert early. As of February 26, 2017, I am reporting, in addition to leafout of the multiflora rose above, open flowers on all three red maples and the forsythia I observe.

I also saw spring azure butterflies on several occasions last week. Activity of year-round birds seems to be picking up as well. I'm rushing to get a new phoebe nest platform stained and installed before anybody's ready to use it. It may be too late though. As I was writing this post I saw and heard a male phoebe that came to check out old nest sites. I haven't seen other spring and summer birds up in the forest yet, but I watched an eastern bluebird looking for insects in my neighbors' field on Sunday. 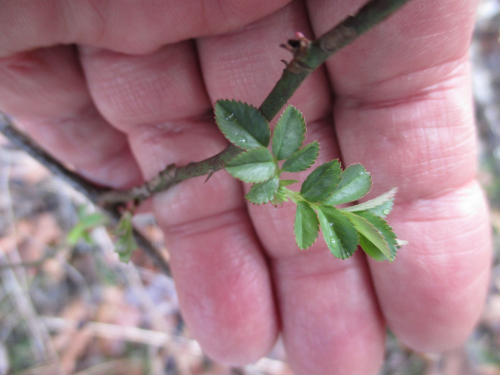 I photographed these leaves of a multiflora rose (Rosa multiflora) on January 22, 2017. [Photo: Cathie Bird]

My sense (now that February has passed without a major snow/ice storm and cold snap) is that spring will indeed be early and that I'll have photos and exciting reports on what's new out in the holler much earlier than usual. Whether this is good news depends on your species and the timing of your phenophases, I'd guess.

I now have some evidence for this. Last week the USGS published an article saying that spring is arriving at least 2-3 weeks early across almost the entire Southeast, from San Antonio to Atlanta to Washington, D.C. Some really interesting maps and USA-NPN data are included in the report. And the maps are built on data that comes from a bunch of citizen scientists like me.

By the way, it's easy to become an observer and engage in critical citizen science on our warming planet. You can sign up and get instruction at USA-NPN's Nature's Notebook.

Based on this brief reflection, I'm ready to explore the notion of phenology observer phenophases further. Full spring ahead!

Update on March 1, 2017: What's Dangerous About an Early Spring? (The Atlantic)