Spring 2017 phenophase shifts are well underway in the holler!

I observe phenophases for a number of plant, animal and insect species throughout the year, but activity generally takes off in March and April here in Frog Pond Hollow. This year some plants I observe made the spring shift earlier, and I go out every day now to catch the changes.

A multiflora rose, one of two understory shrubs I observe for Penn State's "shady invader" project, erupted into a new phase with breaking leaf buds on January 18th. Last year, I volunteered for this project that aims to explore the timing of leaves on invasive and native shrubs. Because invasive shrubs leaf out earlier in the spring and hold onto leaves longer in the fall, they shade the forest floor just when native plants and animals need greater sunlight. (Check out this link to see the findings for 2016.) 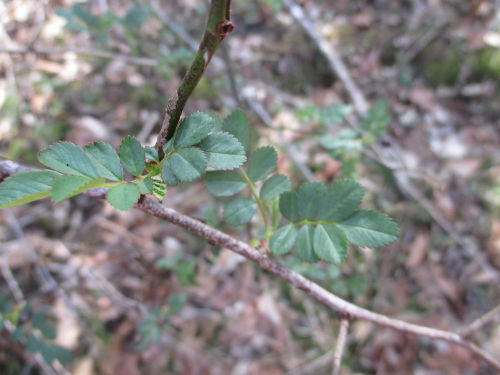 Multiflora rose (Rosa multiflora) on February 24, 2017, about a month after the first leaf tips broke out of the buds. [Photo: Cathie Bird]

A second project species, native mapleleaf viburnam, also grows within my observation area, and I added one of those to my list as well. No sign of buds even swelling up so far.

Among the tree-beings in the holler, a forsythia and three red maples I track all had flowers by February 24th.

I stalk phase shifts of two dogwoods. One (photo below) is a wild flowering dogwood that I added to my list this year. I also observe an Appalachian Spring dogwood, grown from a seedling I got free when I volunteered for USA-NPN's Cloned Plant Project. While I wait for the dogwoods to move into flowering phases, toothworts, spring beauties, and trout lilies wow me with their emergence: 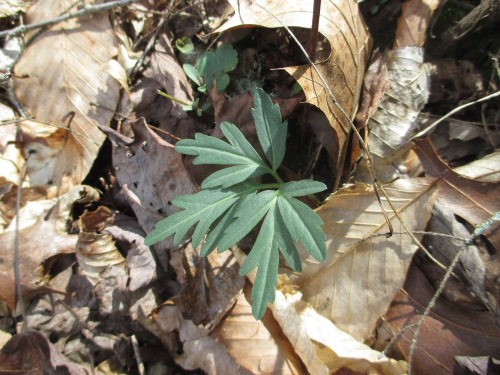 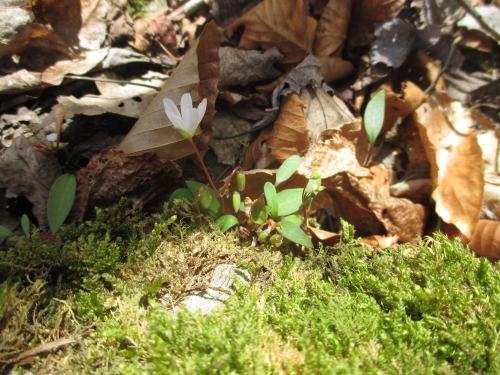 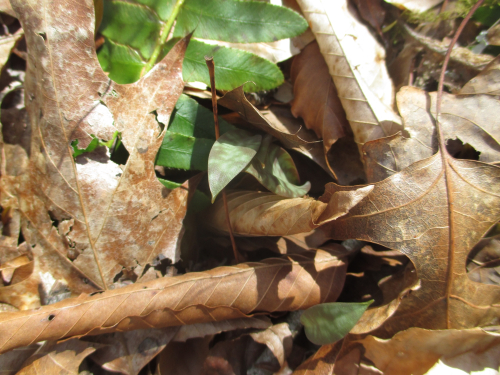 I see white-tailed deer tracks more often than I see the track-makers throughout the year. Lately I've seen eastern cottontail tracks in these same mud-holes. Other recent mud-hole visitors include spring azures, a small butterfly with white wings below and blue wings above.

After a brief absence, the eastern gray squirrels are back out, and birds that are here year round are becoming more active. Two eastern phoebes have paired up and I've seen at least one of them with nest material in its beak.

For about two weeks I've spotted eastern comma butterflies in the yard, and, as I write this post, the first eastern tiger swallowtail of the season has made a couple of appearances at the window.

Temperatures in the holler will be in the low 70s over the next few days. I anticipate an even busier observation week coming up!