« Earth Day and a drowned out March for Science in the holler | Main | Sightings in the holler: wood sorrels, blackberry, maple-leaf viburnam, lyreleaf sage, wood thrush »

Out in the holler: Wood Thrush, Hummingbird and lots of leaves to hide them

There's been a leafy-green explosion in the holler since last week's phenophase report. Even the oak family -- typically the last tree buds to pop around here -- have a few small leaves. Both American beech trees I observe have leaves, and Beech-1, now in a nut-making year, has hundreds of open flowers (not visible in the photo below) among its young leaves, which means this will be a great bird and squirrel watching season for the holler phenologist: 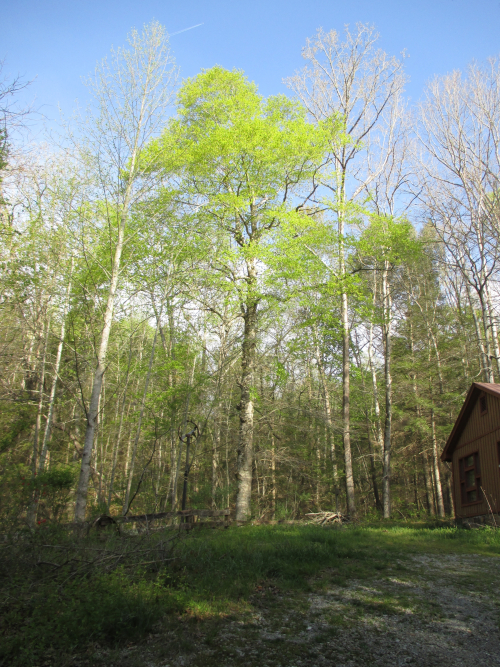 The Amur honeysuckle had open flowers on April 15th: 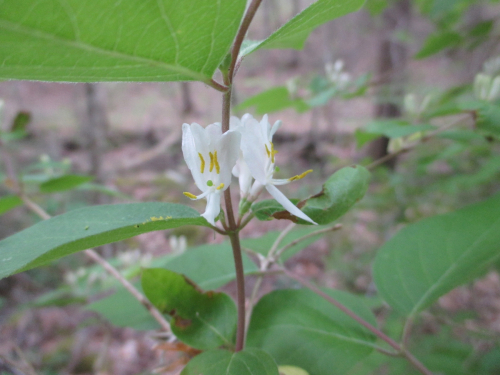 I got two tree surprises this week. In the years since I started observing Buckeye-1, I've discovered several other young buckeyes and one buckeye fruit on my side of Hudson Branch, but I've never seen a mature buckeye in the holler. On a holler walk last week it occurred to me that since these baby buckeyes had leaves before most other species, I should look for bigger trees across the creek before everything else leafed out. So, looking over and up...duh!...I easily located close to a dozen of them on Gobbler Knob, a hill that forms the opposite side of the holler from the one my house sits on. There must be something that buckeyes really love over there -- I looked in all directions to locate others, didn't see any. 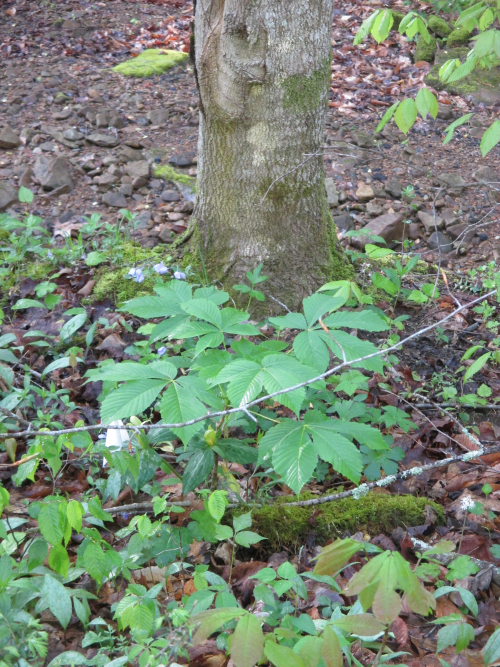 The second surprise is that Hophornbeam-1 is loaded with flowers this year. It was this tree's fruits that caught my attention several years ago and led to my pursuit of its identity and eventual addition to my observation list. Since then I'd only seen one partially formed fruit (last year). I couldn't get a good image, but (at least to me) such an exciting event in the holler is worth a lousy photo: 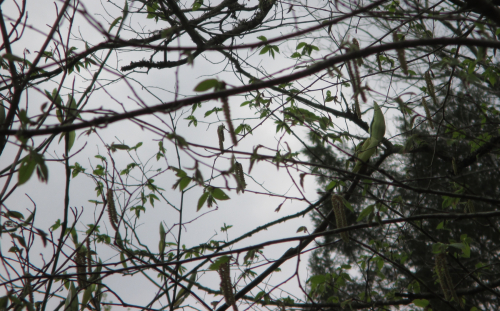 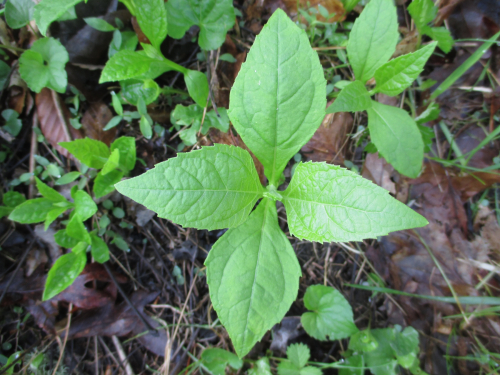 Fortunately, I'm not super-sensitive to poison ivy, which is a good thing because it's everywhere and getting bigger. Here's one of the first of them to come out into the holler: 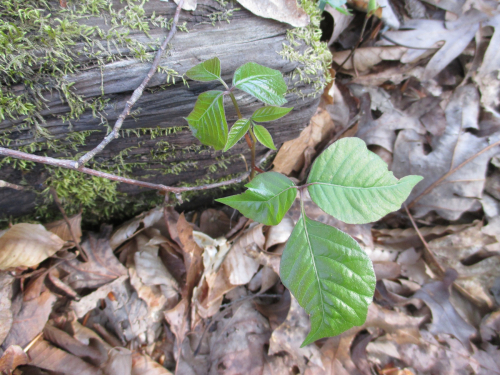 Activity among bird species this week rivaled that of the trees. On consecutive days, a pair of cardinals and a pair of eastern phoebes hunted and gathered food outside my study window. Based on the frequency of the phoebes' appearance, and their behavior when they caught an insect, I suspect that their population exploded along with the leaves.

By the sounds of things, at least two male wood thrushes have made it back to the holler. I saw a male ruby-throated hummingbird twice, and finally caught sight of a male hooded warbler, likely the one I've been hearing near my house every day. Other birds I heard with greater frequency this week: cardinals, titmice, chickadees, yellow-breasted chats, and another recent arrival, the white-eyed vireo. Also maybe some gray catbirds, whose songs I'm still learning to recognize.

The foamflowers (Tiarella cordifolia) peaked this week. I bent down to photograph an especially tall, full one and found this: 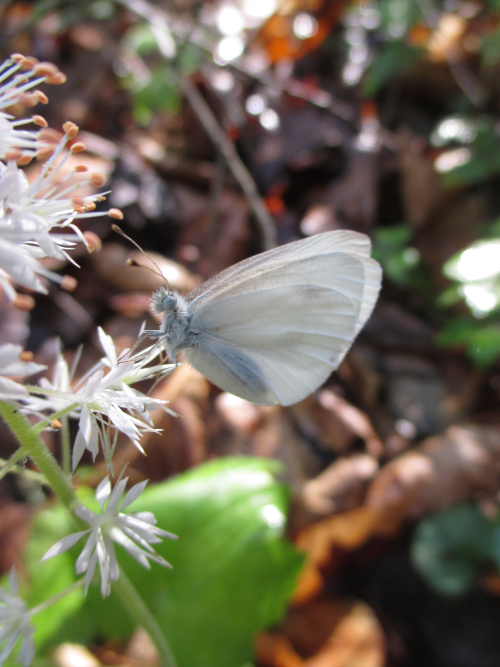 And the rain goes on. I dumped 3.5 inches out of the rain gauge yesterday about this time, and I think I can see 3 to 4 more inches in it. We have a flash flood warning in effect -- as does much of eastern Tennessee -- until 8pm this evening. Here's a screenshot from my weather widget: 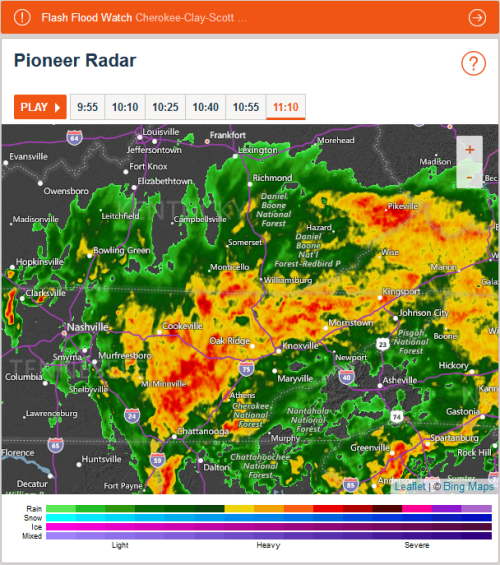