Songs and flowers in the holler this week: hooded warbler, stonecrop, wood anemone and more violets

In my last post I wrote a little about the violets that live in Frog Pond Hollow, and the order that they usually appear in the spring. I included an image of Viola sororia, the common blue violet. The Halberdleaf and woodland yellow violets are long gone, but all of the later-flowering violets are out now, so here are some fresh images of the other ones: 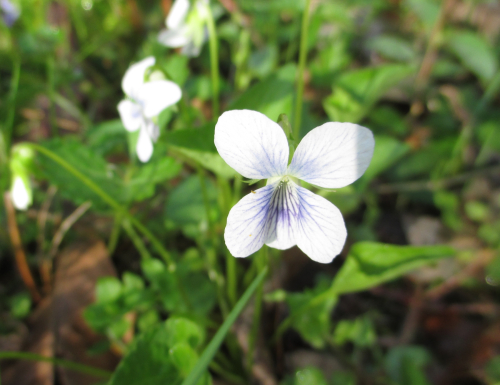 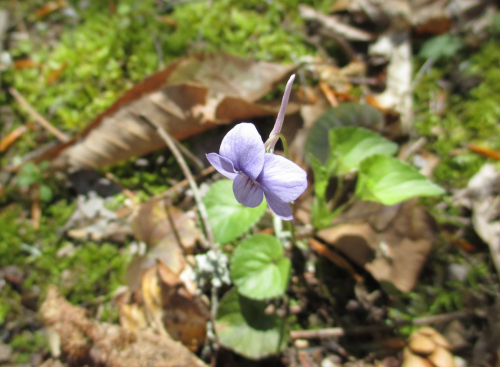 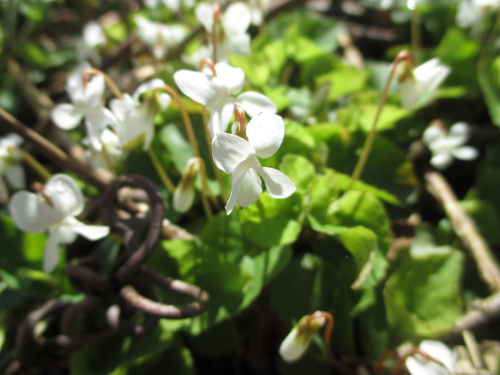 The Anemones, members of the Buttercup Family, have several relatives that live in the holler. I posted a photo of a rue anemone a couple of weeks ago. Rue's peak has passed, but once I start seeing their fruit phenophase, I start looking for Anemone quinquefolia, the wood anemone: 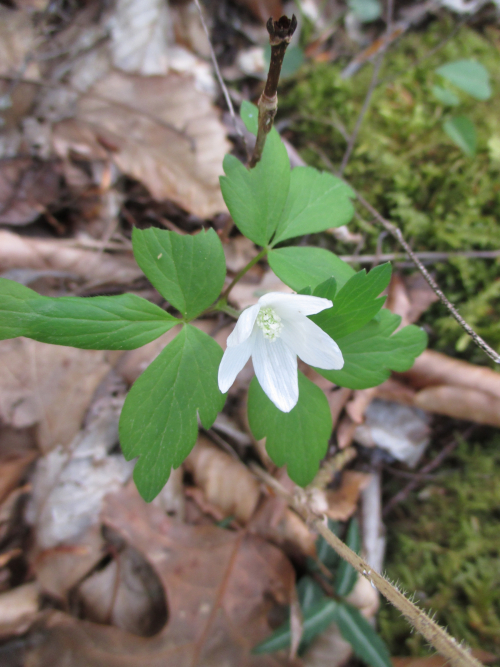 When I lived in Colorado I enjoyed seeing yellow stonecrop (Sedum lanceolatum), so I was happy to discover that Mountain stonecrop (Sedum teratum) grows in the holler. It took me awhile to recognize this plant as a relative of the Rocky Mountain species I was familiar with. In the image below, the stonecrop's small succulent leaves are directly below the flower, a little hard to see through the leaves of several larger-leafed neighbors: 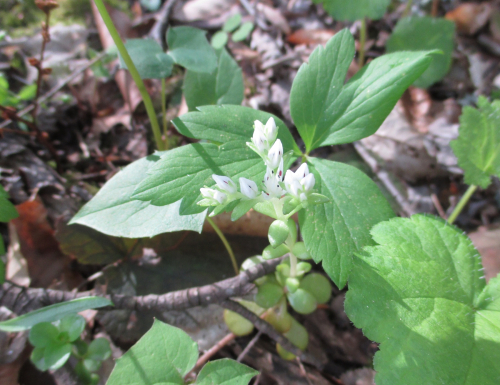 Among the special projects of the National Phenology Network is the "nectar connector" program. Observations about the timing of nectar sources for monarchs and other pollinators help scientists better understand threats to flowering plants and crops that may in turn threaten pollinators.

I have observed Echinacea purpurea, one of many "nectar connectors" for which data is collected, for several years. Next week I'm planning a pilgrimage to my favorite greenhouse to get some butterfly milkweed for my planter garden. The 2017 crop of Echinacea is up in the holler, this one being right outside my study window: 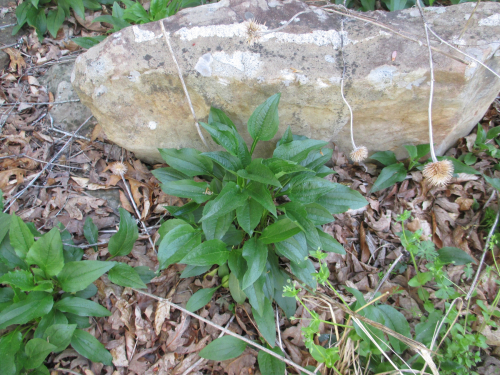 The two Trillium plants that I observe have leaves, but so far only one of their colony has flowered. Further down the holler, these things are all over the place. Here's one of those: 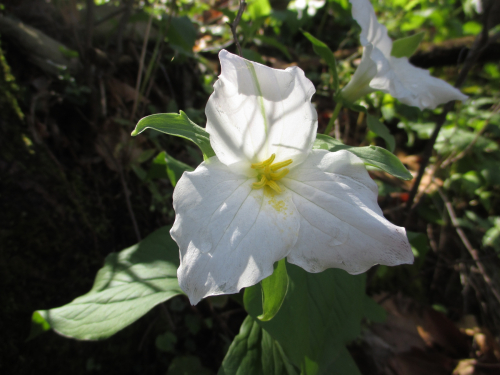 Activity of winged beings in the holler has intensified this week. For the past two days I've heard a hooded warbler very close to the house, sometimes for intermittent musical stretches of several hours. I hope this means there will be a nest of them nearby soon. Other birds setting up nest-keeping near the house include pairs of northern cardinals and yellow-throated warblers. I heard titmouse and male chickadee calls most of the days last week.

I finally got my new phoebe house up, but not before a pair had started a nest on my back door frame. They finished this nest but apparently are using another one, probably an old nest on one of my outbuildings. I still hear and see them a lot...just can't figure out exactly where they are nesting.

This morning my neighbors and I compared butterfly notes. The small, dark Horace's duskywings are ubiquitous, with smaller numbers of tiger swallowtails, West Virginia whites, and, just this week, a few eastern-tailed blues.