« What's up in the holler: rue anemone, trout lily, white trillium, buckeye, maple leaf viburnam | Main | A week of old favorites and a welcome surprise in the holler »

The holler's 'shady invaders' -- an update

In March I posted some information and photos of plants I observe for Penn State's "shady invader" project. This week -- with help from a National Phenology Network identification tool and some photos I took -- I figured out that the lone honeysuckle bush in the holler is Lonicera maackii (common name, Amur honeysuckle), one of the species being tracked: 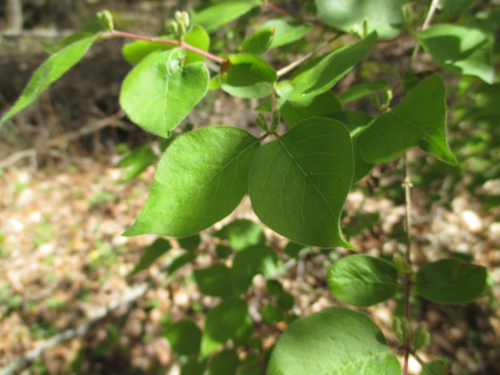 Amur honeysuckle bush leaves have pointed, hairy leaves. Click on the photo for a larger view and you can see some tiny flower buds. In the enlarged view you may be able to make out some of the leaf hairs at the leaf edges. Small hairs are present on all surfaces of these leaves if one gets closer than I got in this photo. April 7, 2017 [Photo: Cathie Bird] 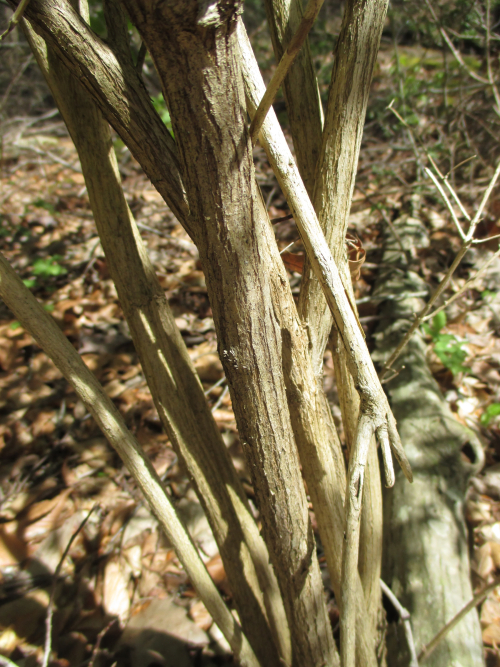 The bark of the Amur honeysuckle has distinct ridges. April 7, 2017 [Photo: Cathie Bird]

Now that I'm confident of the ID of this bush, I'll add it to my observation list. 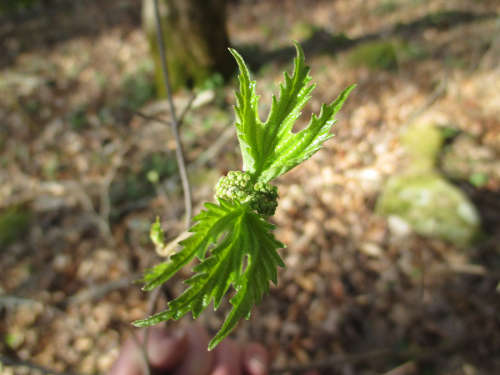 Further down the holler, most of the leaves on the multiflora rose have reached full size, and totally new branches are starting to grow out of the older ones (you can see one of them in this photo): 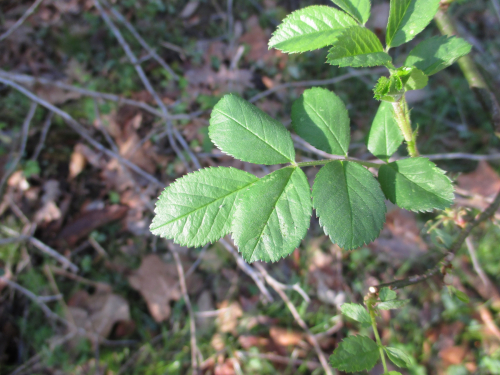 This week I saw my first bumblebees of 2017 on the flowers of an autumn olive (Elaeagnus umbellata), which is also an invasive species. This observation led me to explore my own mixed feelings about this shrub/tree.  Some preliminary searches online revealed that not everybody finds this plant to be annoying. It is not one of the species observed as a 'shady invader', however, and at some point I think it deserves its own post. Meanwhile, I'll snag some current photos of it.

Posted by Cathie Bird on 08 April 2017 at 11:51 AM in Citizen Science, Ecosystems, Phenology, Plants | Permalink