« Out in the holler: Wood Thrush, Hummingbird and lots of leaves to hide them | Main | American Trees Are Moving West, and No One Knows Why -- The Atlantic »

I have been recording the presence of wood thrushes for several years, but had not seen active individuals until one flew up out of the grass and landed on a branch, at eye level, only 10 feet or so from me on April 24th. I had my camera but focused on a mental picture so I could double-check the field marks when I got home. I'd have to say that was the most treasured sighting since my last post.

This spring, I discovered several new colonies of Oxalis violacea -- the violet wood sorrel -- mixed in with violets, orange jewelweed, wingstems and several other species: 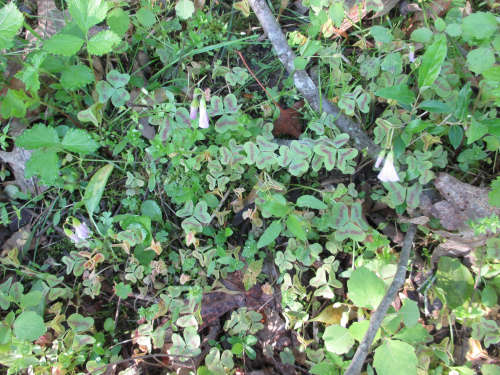 This week, the fading O. violacea have been succeeded by their yellow relatives, Oxalis stricta, in numbers greater than I recall ever seeing before: 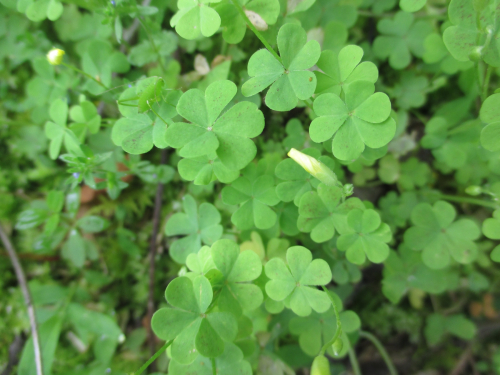 In other areas of the holler, multiflora rose bushes were loaded with flowers this week. The one I observe is in a shadier spot, and slower to flower. I saw its first flowers on April 25th, and got this photo on the 30th: 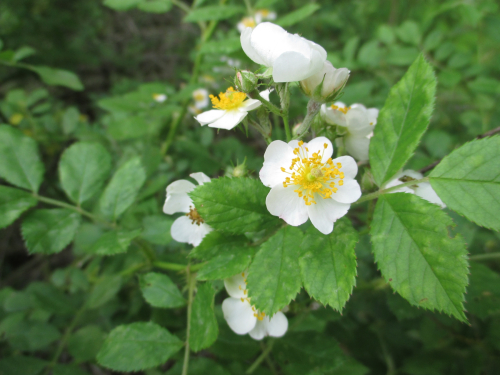 I ended last week's holler report with a screen shot of a storm system that ended up dumping 10+ inches of rain in 2 days before moving on. For a few hours, Terry Creek came over the access lane and bridge, trapping me at the high end of the holler. Because many of the plant and tree species in my Nature's Notebook observation area grow on or near the banks of Hudson Branch, I was worried. When I did my first holler walk on Monday after the storm, I was happy to find all of them unharmed. Here's a photo of a downed tree and the gravel deposit it created; the white flowers in the bottom right area of the photo belong to Multiflora Rose-1: 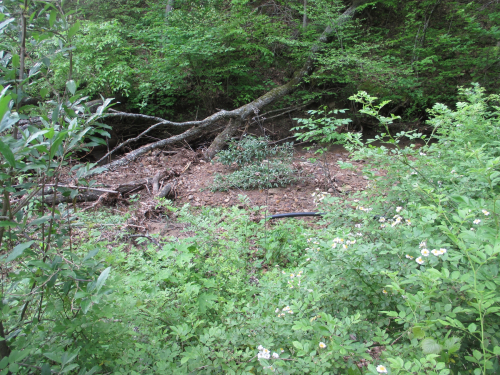 Material left by areal flooding last weekend in the main channel of Hudson Branch, about 20 feet from the multiflora rose [Photo: Cathie Bird]

Also flowering in the past week: the mapleleaf viburnam... 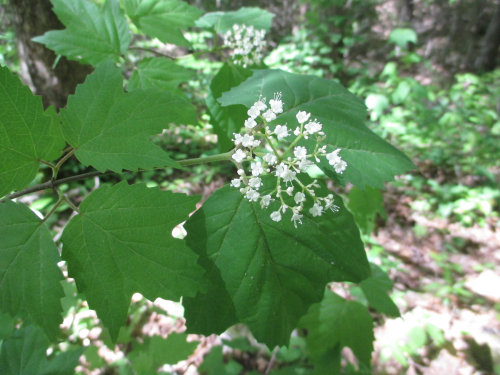 and blackberries, yay! Later in the season, I'll start taking a container on my holler walks so I can bring some ripe berries back to the house: 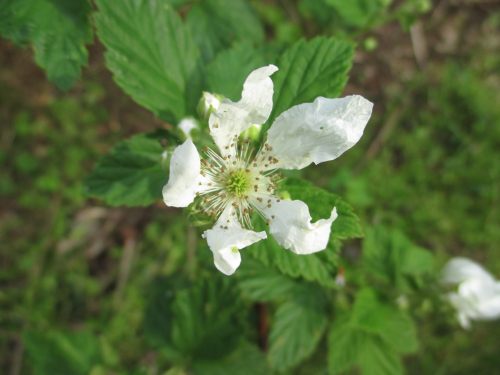 Higher in the holler, and closer to my house, the lyreleaf sage is plentiful and peaking: 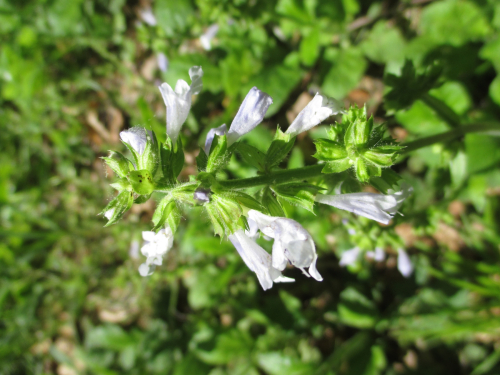 I don't see a lot of bedstraw in the holler, which makes it more fun when I do spot some: 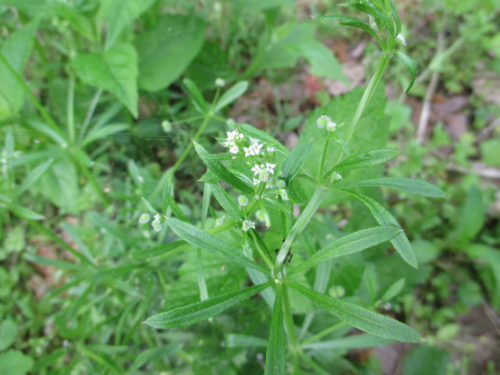 I think the early spring and its erratic temperatures made it hard for the Dwarf Crested Iris. Very few bloomed this year (photo below) and the ones I saw seemed smaller than usual: 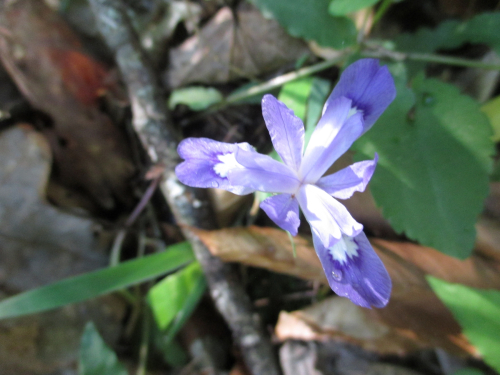 Another group that seemed to suffer from early emergence into shifting air temperatures and weather patterns was the toothworts. I saw only one plant of one species with any flowers -- a Dentaria diphylla -- though many individuals of at least three of the four species found in the holler made it into the leaf phenophase.

Among the species showing up last week, but for which I rarely snag photos: whitetail dragonflies, tent worm caterpillars, little satyr butterflies.

One of my main projects this week is to settle a bunch of new garden plants into their permanent homes. The annuals I got from the greenhouse will give butterflies and insects something to sip on while the perennials put their flowering act together.