« Out in the holler: planter stuff, daylillies, forsythia, red maples, jewelweed and a spring azure! | Main | Toothwort flowers, yellow trout lily leaves, and other early risers in the holler »

Mourning Cloak, Toothwort, Spring Beauty and Rue Anemone are out this week!

Just seeing a mourning cloak after several years of their absence around the house delighted my senses, but to snag an image of one made my day! It even came into my house for a moment as I was uploading the photos, before I could get the screen over the open window. 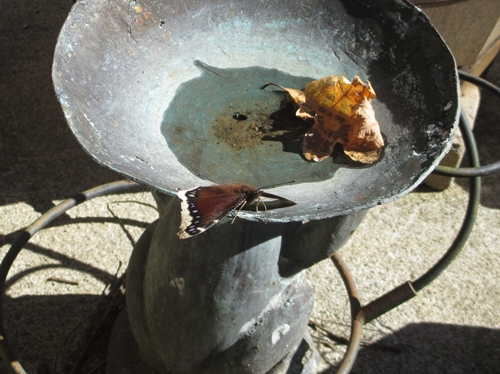 The rue anemone popped up kind of suddenly yesterday. I had been looking for them on Friday, but saw nothing. Yesterday I saw one with a flower open; today on my holler walk I spotted more initial leaves as well as several with buds and flowers around the Rue Anemone-2 flag. 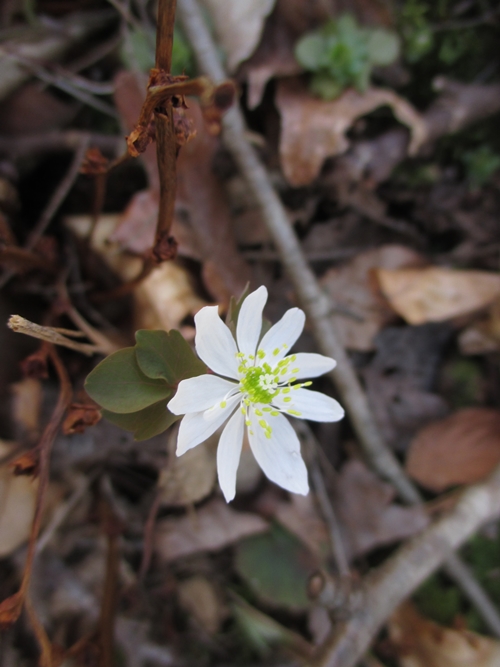 The spring beauties weren't out on my last walk either. Today, I saw an initial leaf near the springbeauty-1 marker, and this flower plus some buds (visible but blurred below the flower) at the springbeauty-2 flag. 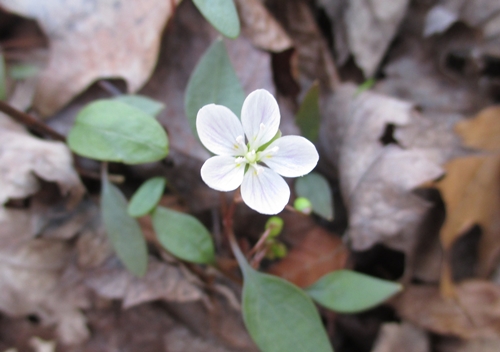 Initial leaves around the jewelweed flags started to show on March 1st. Jewelweed-3 (photo below) came out two days ago: 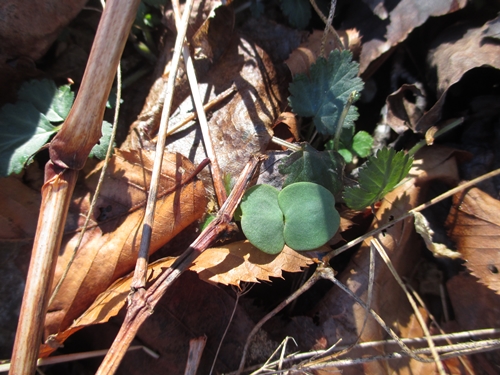 Cutleaf and slender-leaf toothworts have emerged, too. A small number, like toothwort-2, have already developed flower buds: 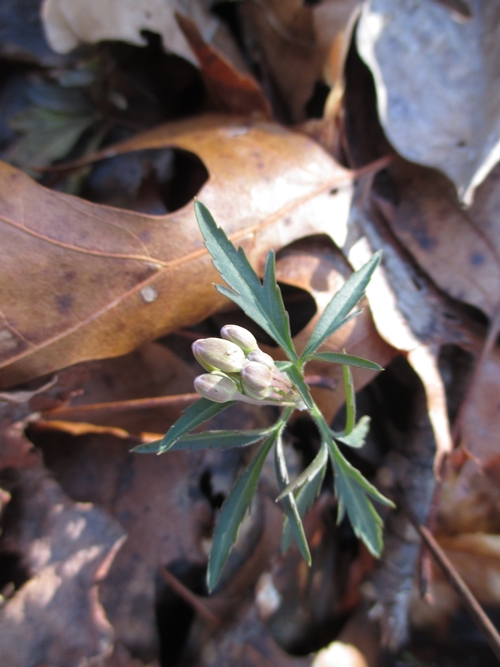 The multiflora rose has been out for awhile. In my last post, I noted that red maples have begun to do their thing -- I'm keeping an eye out for breaking leaf buds and fruits next. Here are some photos: 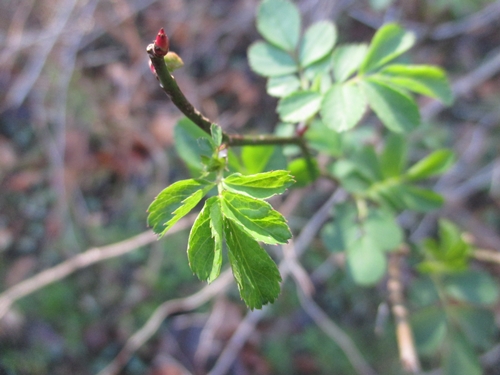 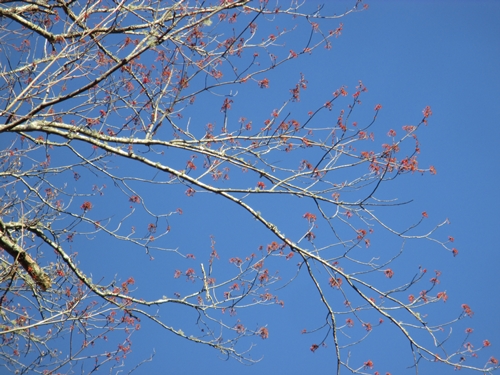 No doubt about it: the busy season of observations for Nature's Notebook is underway!

Posted by Cathie Bird on 04 March 2018 at 05:26 PM in Butterflies and Moths, Phenology, Plants, Wildflowers | Permalink