Buckeye leaves, trout lily, violets, and other stuff out in the holler this week 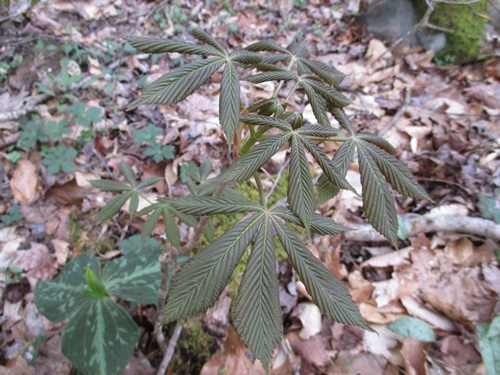 First, an update on last week's buckeye bud burst: from that tight wad of reddish-green that was the terminal bud came all of these leaves. I'm really happy to have this young buckeye on my observation list because I can get so close to it. Last year I discovered lots of mature buckeyes growing across the creek from Buckeye-1, but I have to view their phenophases with binoculars.

The trout lily community has many more members this week with buds and flowers: 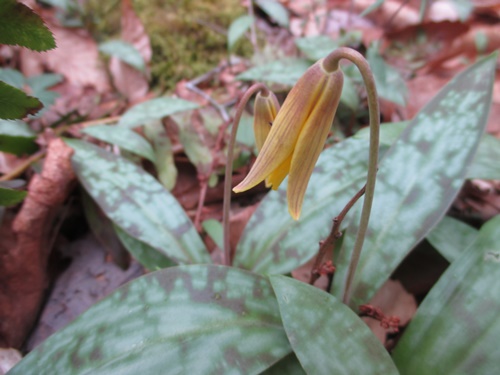 Just down the lane from Trout lily-1, I found two more growing close together, and got the earliest photo yet of a newly emerging bud. Four days later, both plants had flowers. You can see them at my photo blog here.

This lily community has so many members that it's hard to get to some of the other plants I observe without stepping on somebody. Over the years, though, I've marked a certain path in mind, and stuck very close to it when I walked through this area of the holler. By now, the safe way through is pretty clear, but I limit my trips off of the lane to protect these small plants as much as possible. 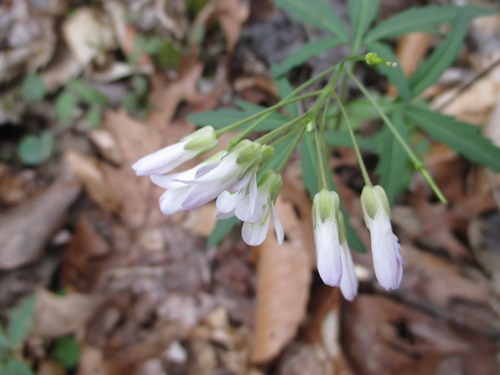 Last year, very few toothworts made it to, or through, their flowering phenophases in the holler. Cutleaf toothwort-1 (above) has a full load of flowers now, but like many of its relatives, it had no flowers last season, then quickly yellowed and died. I'm pretty sure cold air and frosts at critical points in their development played a part in the toothwort demise. This year they seem to be doing better. Cutleaf (Dentaria lacinata) and Slender (D. heterophyla) toothworts -- historically with a flowering season from March to April -- both have individuals up and flowering now. Fineleaf toothwort, another early species, also grows in the holler, but I have not seen any for several years. If I ever find another one, I'm going to mark it. 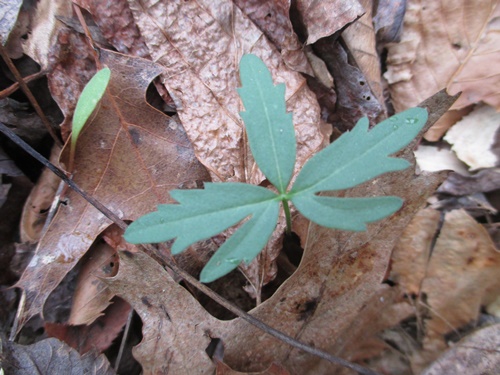 Both trillium plants I observe have unfurled leaves this week but no sign of buds yet: 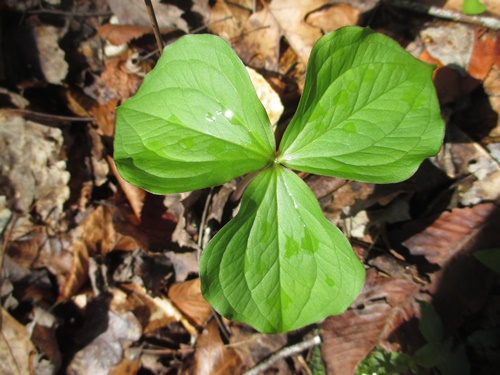 Just a few inches from Trillium-1, however, this Trillium grandiflorum has a new bud: 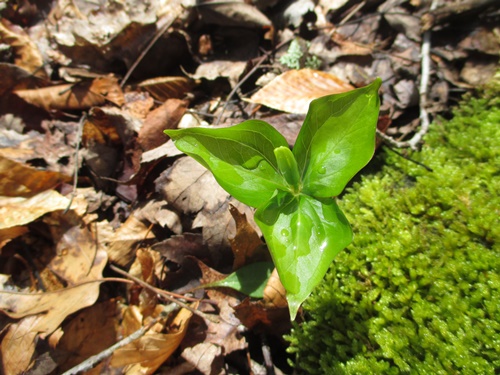 A few yellow trilliums that came up a week or so ago have open flowers. Further down the lane I spotted one of the red trillium species with buds, though not sure which one it is yet.

Foamflower, another early spring species, and one of several Saxifrage Family members that grow in the holler, is up. The one below is the first I've seen with buds: 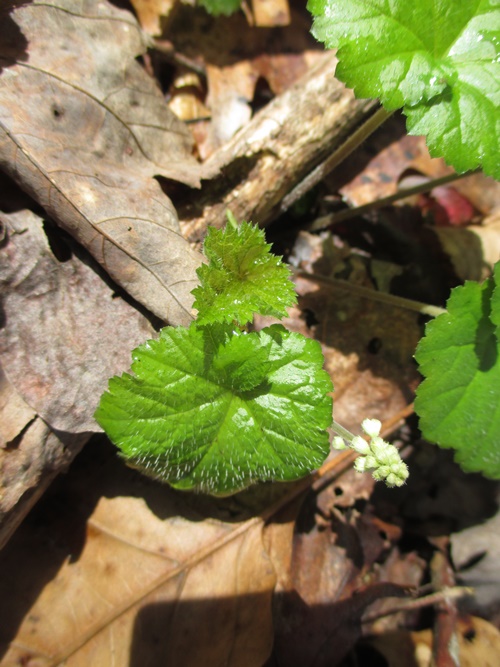 The Violet family has great early spring representation in the holler. I found several longspur violets up, but failed to get decent photos of any. However, many of the common blue violets -- like the one below -- opened enough to verify their identity this week: 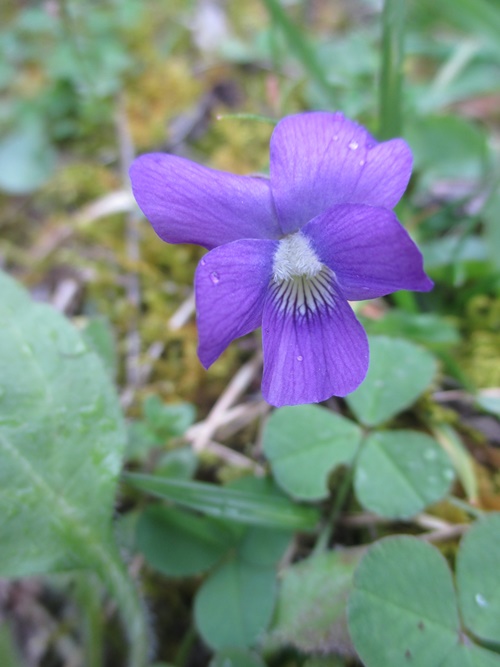 Sweet white violet leaves and buds started appearing around March 25th. I found these open flowers later in the week: 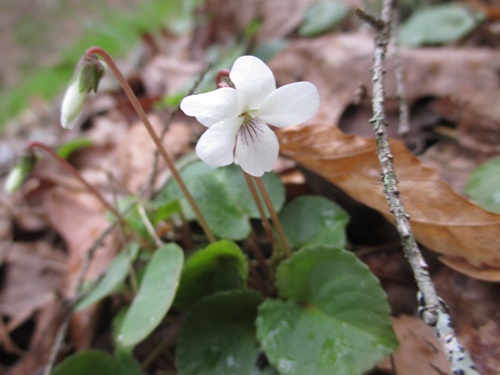 So much more is happening now, from my end of the holler to the end of Terry Creek Lane, that I'll just list a few for now:

And...the first carpenter bee of the season came to the window and looked in at me!