« Buckeye leaves, trout lily, violets, and other stuff out in the holler this week | Main | Trillium, hepatica, wood anemone and other shifting phenophases this week »

The mapleleaf viburnam, one of the "shady invader" project species I observe at Nature's Notebook, finally broke out of its buds this week. I took the photo of its first leaves (below) today, 4 days after I noticed the first bud burst. Multiflora rose and Amur honeysuckle -- two other project species -- have both been out for awhile. 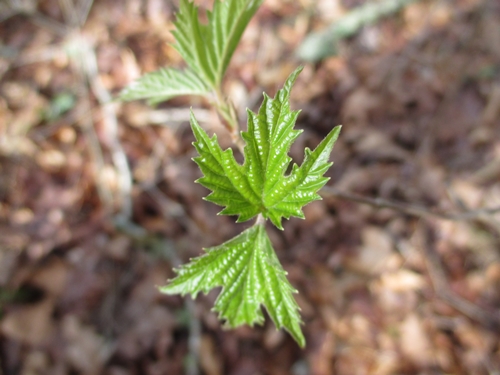 On the same day, I saw the first broken buds of the cloned dogwood (Cornus florida "Appalachian Spring") I observe as part of another USA-NPN campaign. I also watch a native Cornus florida farther down the lane, however, it hasn't emerged from its winter break yet. As far down as Knoxville, of course, lots of 2018 dogwood season events are already underway. 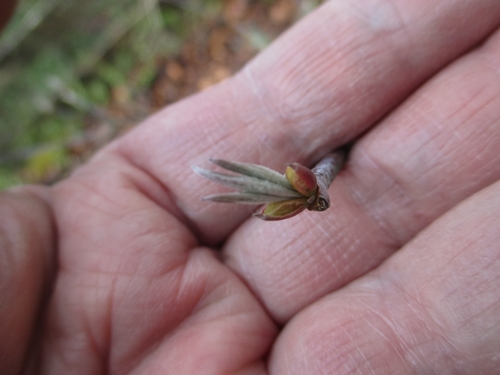 The apple tree has a few small leaves and some flower buds now. I saw some open flowers near the top of the tree. On April 6th, the flowering activity on most of the tree looked like the image below. Some flowering plants took a bit of a hit with the frost this morning. I hope the apple made it through. 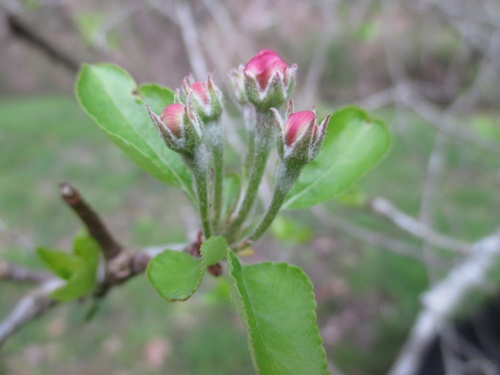 Among the latest early spring wildflower arrivals is the early buttercup (below). Other yellows out in the holler belong to dandelions, Indian strawberry and maybe some cinquefoil, though I haven't had time to get close enough for positive ID's yet. 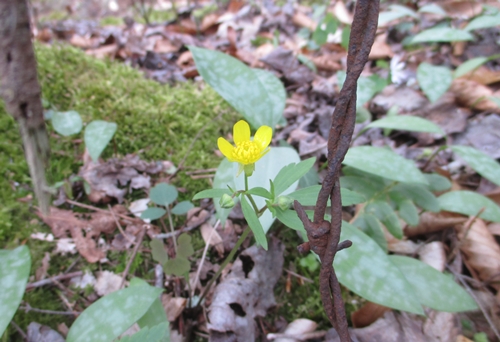 I found a couple of marsh blue violets among their common blue and longspur relatives this week. This one was under the apple tree. The image below doesn't show the dark veins on the other half of the petals. I couldn't get it to stand up straight enough to catch a view of it without out seriously messing with the plant, so opted for a future try as more of them come out. 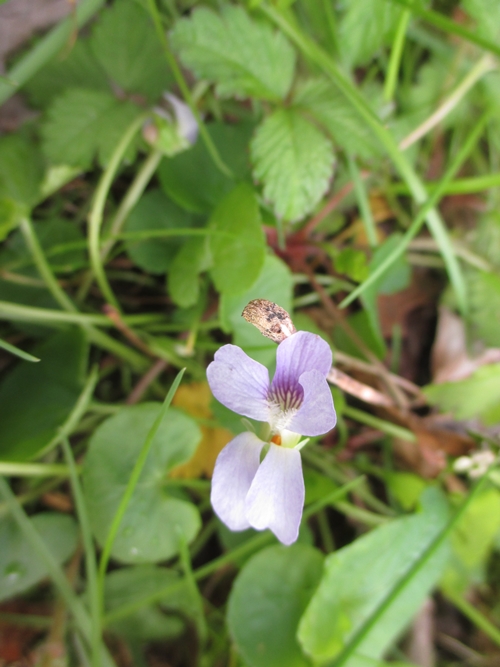 I did finally get a decent photo of some long-spurred violets, which are up and open in larger bunches throughout the holler this week: 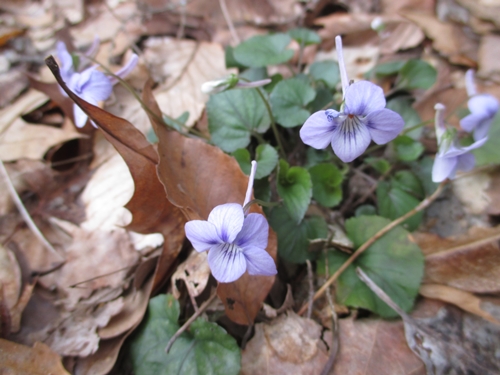 In addition to cutleaf and slender toothwarts, I found this flowering broadleaf toothwart. Most of the toothworts in the holler grow down in the Hudson Branch floodplain, an area that definitely represents a "moist, rich woods or alluvial" environment that typically hosts them. 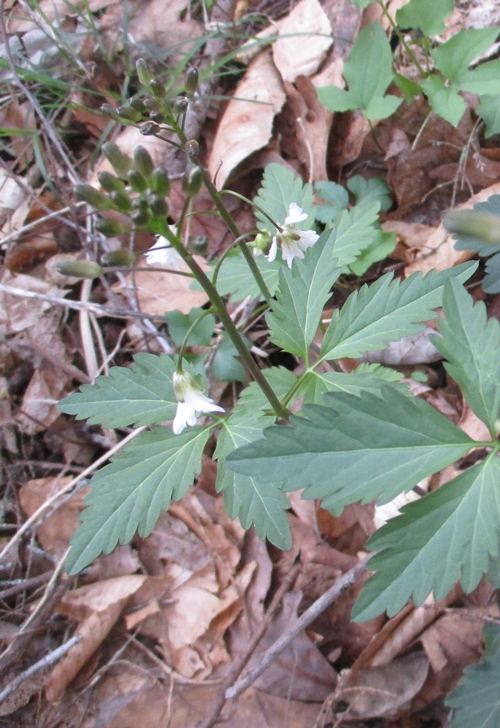 I was recently reminded that Dentaria leaves are a primary food source for caterpillars of West Virginia White butterflies (Pieris virginiensis), which I see quite often in the holler. I intend to keep a sharper eye out for these when I'm around toothworts from now on. 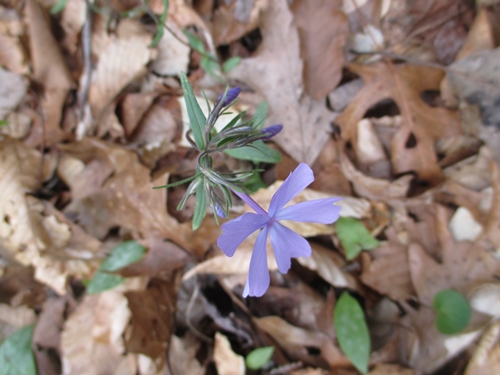 Today as I sat down to write this post, I saw a blue-headed vireo in the trees outside my window. I thought I'd heard one earlier in the week. They have a song that clued me in pretty quickly to their presence. As I finish this post, I see more wings in the air beyond my window: two titmice and a female cardinal now join me for the publish button ceremony!