Trillium, hepatica, wood anemone and other shifting phenophases this week 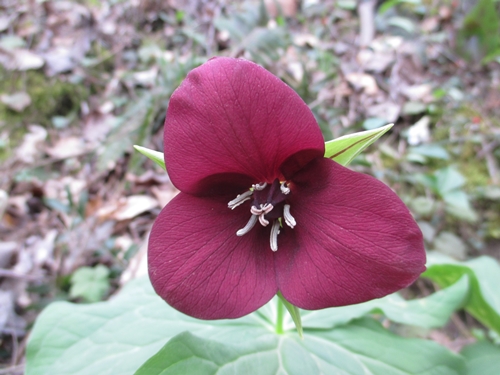 I love that it's raining in the holler today, 4" since yesterday afternoon. First, we needed some; second, I'm content to be huddled indoors with a cup of coffee, my dog and my cat, blogging instead of roaming the holler looking for stuff.

The major flower story in the greater holler neighborhood this week has to be the trillium. Both Southern red and large-flowered trillium (pictured above and below, respectively) have drawn my attention, more so than the yellows (T. luteum) that blend in with the general greenness of early spring. I think there are a few "sweet betsies" (T. cuneatum) around as well, but since their maroon buds have opened, the group I found shows the yellow and green flower form and not the maroon, and they are difficult to differentiate from the yellow trillium around them. 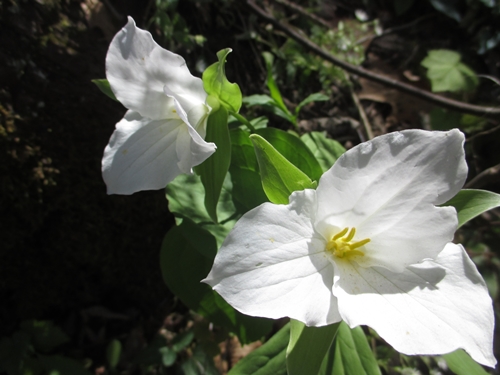 I may take the back road through the Royal Blue wildlife management area on my next trip to town. I have seen more of the bronze and maroon sweet betsies at the lower end of Old 63 near Jacksboro.

On Friday the 13th, I found some amazing broadleaf toothworts with lots of flowers open. The one below is in a group of 4-5 plants that are quite tall now and looking very sturdy, even after some challenging freezes this week. What drew me to this group was a West Virginia white butterfly sipping at the flowers. I came very close to getting a picture of this butterfly on a species that is a preferred food source for the West Virgina whites in their caterpillar phenophase, but it was flitting around too much to catch a good image. 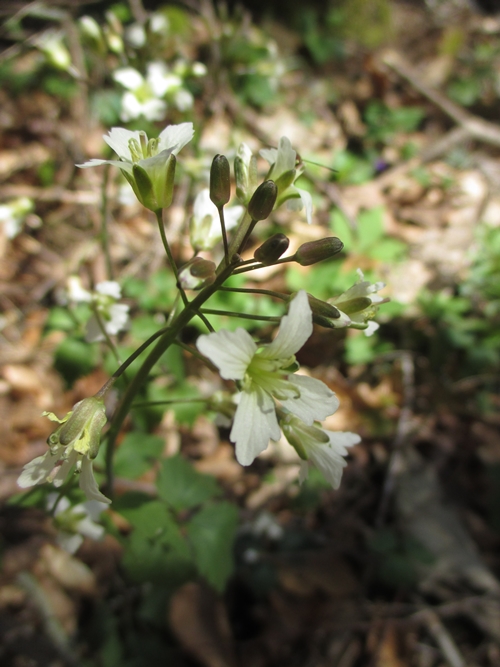 Very often I start seeing sharp-lobed hepatica about the same time rue anemone comes out. So far, the leaf below is one of the only one's I've seen this season. 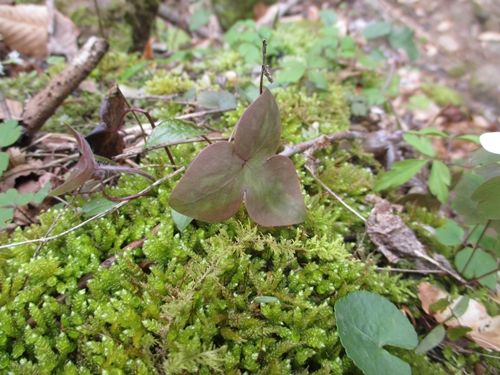 Small but conspicuous white flowers of the wood anemone have appeared in the holler this week, many of them growing near other species I routinely observe at Nature's Notebook. I found this one near buckeye-1: 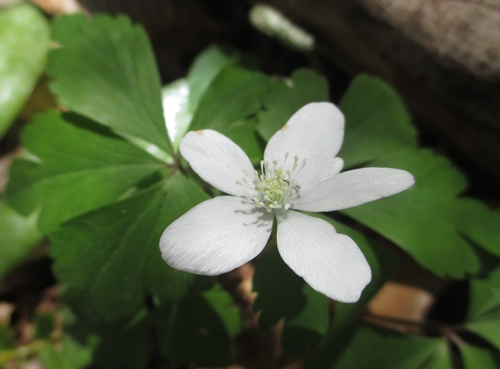 I took its photo because the flower is larger than many I've seen for this species, perhaps because of the rich soil and somewhat protected space it occupies along the banks of Hudson Branch. On my holler walks, I often take several minutes in the space around buckeye-1 just to look around and notice what else is there. The diversity of species in that relatively small area never fails to amaze me. 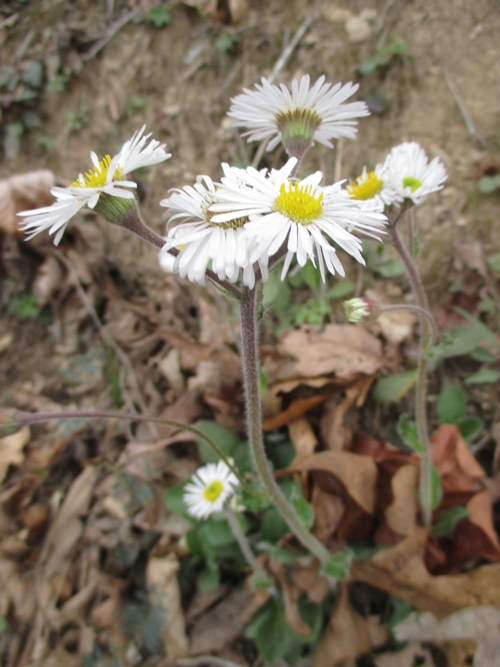 The Robin's plantains are peaking along the drier stretches of Terry Creek Lane. The flowers of this species open at the end of a hairy stem, often several inches above its (also hairy) basal leaves. The plant spreads with runners, which is why I often find them in small colonies along the road. A relative of Robin's plantain, the common fleabane, is ubiquitous around my yard, and just starting to flower this week. 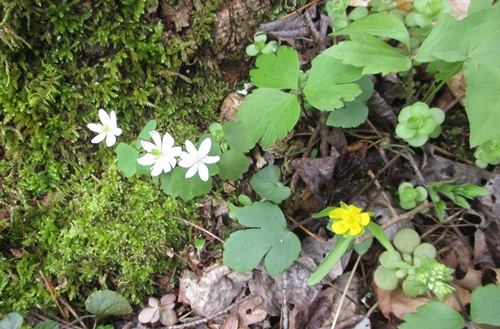 With more species making their spring appearance, I find intriguing groups of multiple species such as the row of rue anemone, early buttercup and mountain stonecrop above. I love to look for new combinations of plant neighbors on my holler walks.

As the forsythia, Amur honeysuckle and multiflora rose leaves approach full size, the red maples, dogwoods and hop hornbeam are just getting started. The apple and flowering crabapples have a full load of open flowers this week. I think one of the American beech trees I observe will move into the breaking-leaf-bud phenophase within the next 1-3 days.

This week I can report that carpenter bees, honey bees and other pollinators are present around the house and, especially, the apple and crabapple blossoms.

Early yesterday morning, I drove to Knoxville with the windows down. From my end of the holler all the way to the interstate I heard black-capped chickadees and tufted titmice calling out and being answered by others of their own species. When I got back to the holler that afternoon, I saw my first fox sparrow in awhile, and even caught a little bit of it in a photo. During the week, I heard titmouse, chickadee, white-eyed vireo, blue-headed vireo and Carolina wren songs several times a day.

The most amazing and lucky day for two blue jays happened on Friday the 13th, when a red-shouldered hawk came swooping down at them. The jays crowded in toward the trunk of a huge hemlock and managed to avoid persistent attempts by the hawk to get at them. The tangle of branches and needles prevented the hawk, with its larger wingspan, from getting close enough to catch the jays.

A neighbor shared a fun link to the Tennessee Wildlife Resource Agency's live elk cam on Hatfield Knob in the North Cumberland Wildlife Management Area. I saw elk several times when I checked the webpage, and even observed some courtship behavior during one viewing.

And the rain continues: 4.5 inches in the rain gauge now.