Out in the holler: sweet bubbies and sweet babies

Just before noon today, I went out to get some photos for this post and, just by chance, caught the fledging of four Carolina wrens! I thought they had already gone because I hadn't seen parents taking food to the nest for awhile, thus I'd planned to weed-eat around the patio today so I could get on with my 2018 planter projects. As I came to the edge of the porch, I startled the mother wren (she had a bug in her beak) and she went into hiding near the planters. I decided to delay the weed-eating until I figured out where this wren family was in their process.

A few minutes later I saw both parents near the nest with food, but staying just out of reach of the chicks. I noticed one chick had already flown to a ledge above my house's rock foundation, and at least three others were visible at the edge of the nest: 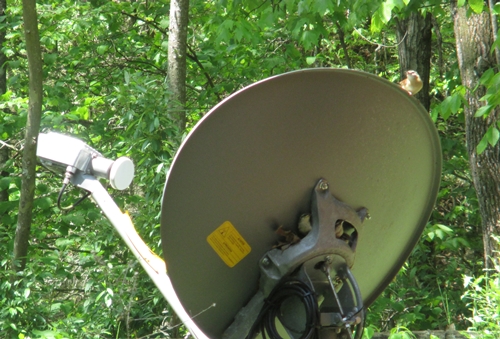 Carolina wren parent perches above the nest while 3 chicks look up. May 6, 2018. [Photo: Cathie Bird]

Soon, two more of the chicks flew down to join the first one: 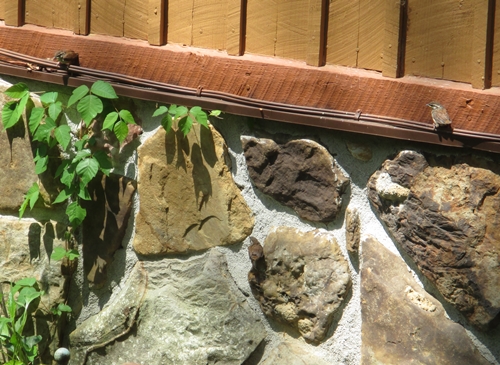 Two wren fledglings sit on a ledge (top left and right) while a third (center of image) hangs on to a foundation stone. May 6, 2018. [Photo: Cathie Bird]

One by one they flew off toward a brush pile -- I could hear the adult male singing from that direction. The one in the image below was the last of these three to fly off: 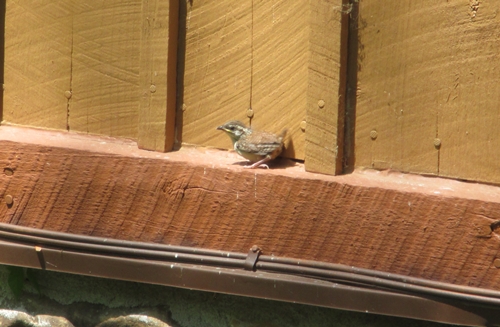 A Carolina wren fledgling takes a break near the nest before flying away. May 6, 2018. [Photo: Cathie Bird]

When the mother wren came back to the nest, the last chick came out a little further, crouched low, then fluttered down to the ledge. I got a somewhat blurry photo of the exit before my camera battery dropped out of warp: 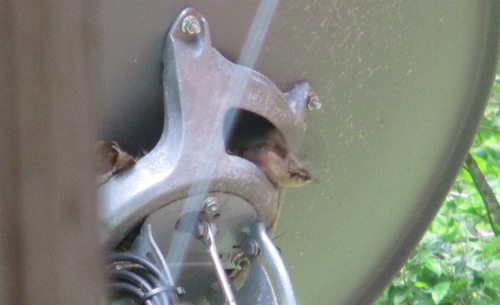 As I write this post, wren calls and songs still fill the air space beyond my window. I might weed-eat later, but for now it feels good just to write this post and enjoy what I've seen today.

So, around the corner from all the sweet wren babies, the sweet bubbies -- aka Carolina allspice, Spicebush, Sweet Betsy, Sweet shrub, and Sweetshrub -- are out: 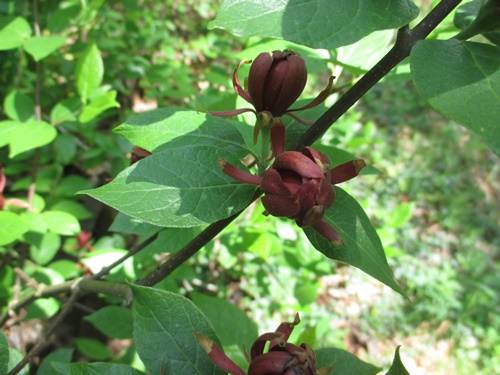 These bushes attract a number of butterfly and other insect species. Over the years I've gotten quite a few pictures of bubby bush visitors whose vibrant colors are easy to capture against the large green leaves and dark flowers.

I was really surprised to look out into a very rainy holler yesterday and see that my Siberian iris is flowering. It's been four or five years since they last bloomed. I blame weird spring weather for this flower drought. 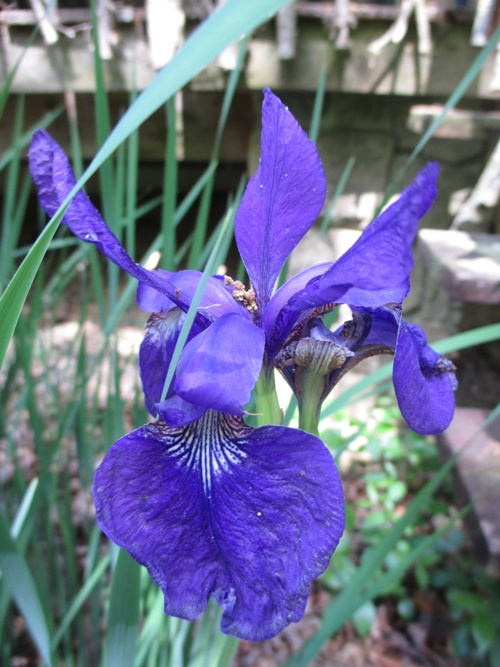 Another reason I delayed firing up my weed-eater this week is that so many flowers that bees and butterflies use have been in the line of fire. In the last two days, however, both white and red clovers have bloomed in all parts of the yard, so I feel like I can at least whack a path around the patio and to my car without taking too much of their food out of production. 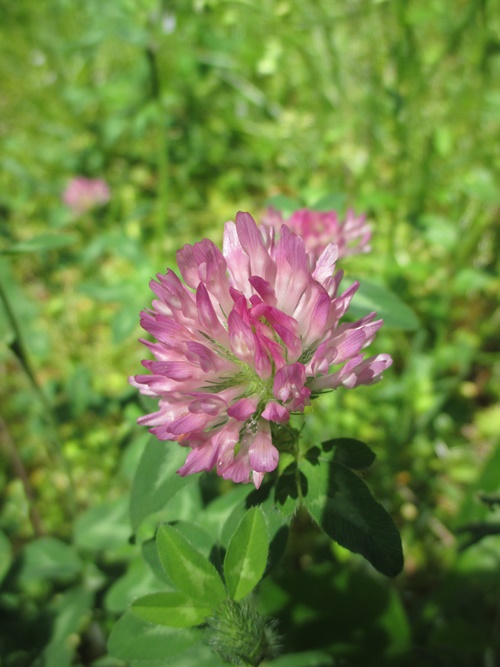 I could swear that all of this lyreleaf sage popped up overnight. I noticed a few plants blooming along the lane this week but today when I looked out my study window, the yard was pale purple: 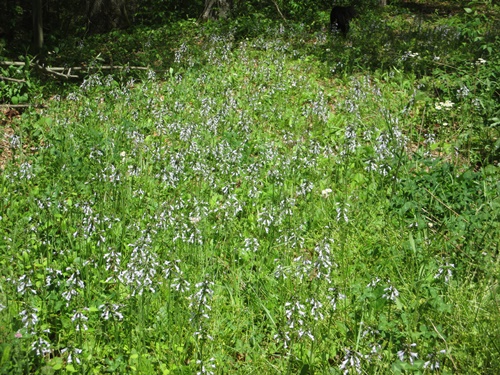 I usually hold off any major mowing until these plants finish their flowering cycle. Bees and butterflies seem to like them, so I tolerate a few pathways around the house being knee high in vegetation until more nectar species are available. 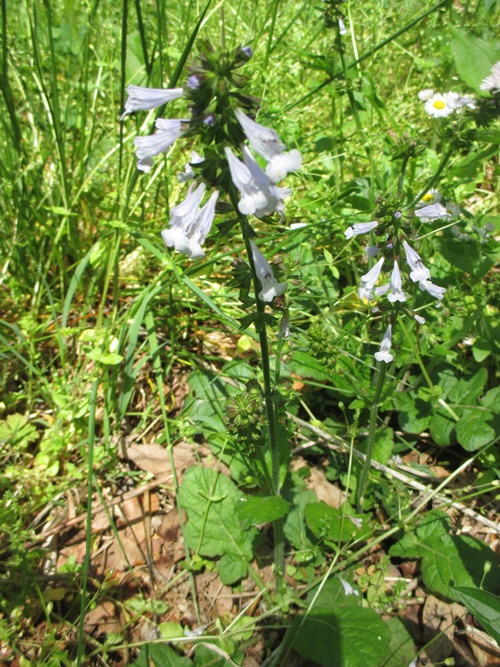 The first Amur honeysuckle flowers opened on April 26th. I finally remembered to get a photo for HollerPhenology: 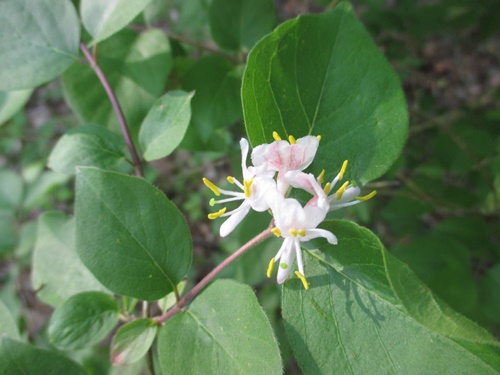 Yesterday I made my annual run to my favorite Knoxville nursery to get plants for my patio garden. I didn't have a chance to get any planted today because of the wren and weed-eating delays, but bees and butterflies have already found them in their temporary pots. I saw my first spicebush swallowtail of 2018 checking out the lyreleaf sage and all of the new plants, and several carpenter bees have visited them, though much of their activity today has involved courtship and turf wars. I saw a couple of bumble bees on the clovers, too.

Posted by Cathie Bird on 06 May 2018 at 05:10 PM in Birds, Cumberland Mountains, Phenology, Tennessee, Wildflowers | Permalink