Last Leaves in the Holler 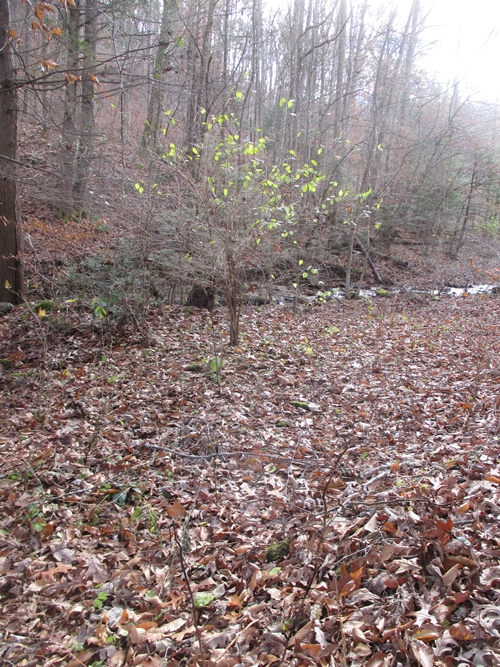 The Amur honeysuckle was the last plant on my Nature's Notebook observation list to lose all of it leaves this fall. The last ones came down sometime before December 2nd. 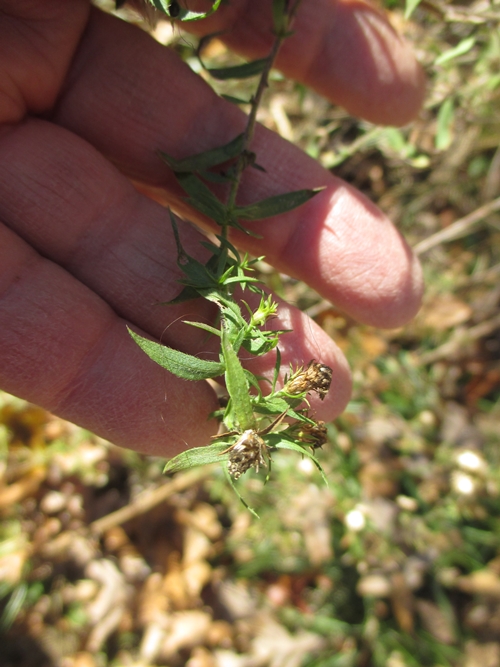 The last of the wildflowers to go was the white heath aster. I think it's leaves would have stayed green longer had it not been for a few nights of frost after I took the photo above. 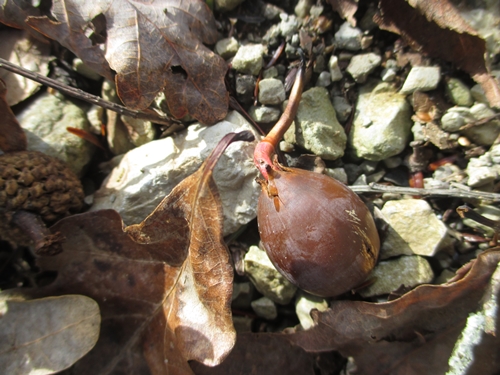 But even as this year's growth of trees, shrubs and wildflowers finished up their cycles, I found this acorn rooting itself in the middle of my driveway. The holler oaks had a "mast year" for acorns. They made the hills on my lane a bit hazardous -- kind of like trying to walk on an invisible layer of ball bearings under the fallen leaves. Many of these nuts have opened already as the weather has cycled between frosts and warm days on which I didn't even need a jacket for holler walks.

We had drought conditions in this part of Tennessee during the last half of the summer, which likely contributed to what I was seeing with many of the plants. The white wood asters (Eurybia divaricata), for example, did not have a very flowery season. I'm wondering if many days/weeks without rain at the time they would have been putting energy into flower-making had something to do with that.

The fall season on the other hand has included plenty of rain, and warm days flipping with short stretches of cold ones. We even had a storm with wind, lightning and thunder in the last weeks of November -- then a tiny bit of snow as December began. The high today will be 55-degrees...with a few showers.