A tweet-storm of different species

I have some photos and stories about plants ready to compose but I face a major distraction: birds. Lots of birds. Different kinds of birds. Birds I've not seen here before. So first I'm going to do a post on what's flying, singing, eating and nesting in the holler this spring.

Indigo buntings have shown up in the holler every year -- usually late March or April -- since I moved here twenty years ago. For several years, now, goldfinches from open fields farther down the holler have been coming to feed on Echinacea fruits. Last year I added bird feeders around my planter garden, and they have attracted quite a few more goldfinches. 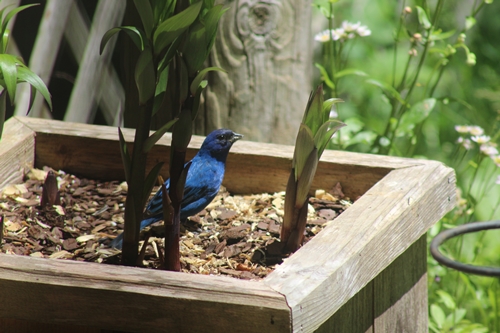 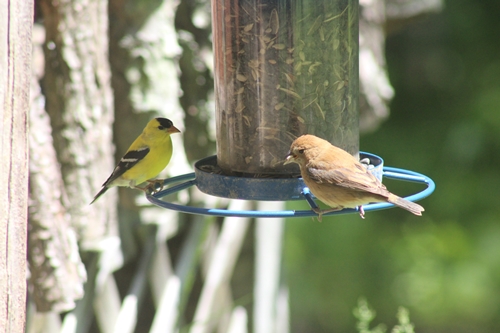 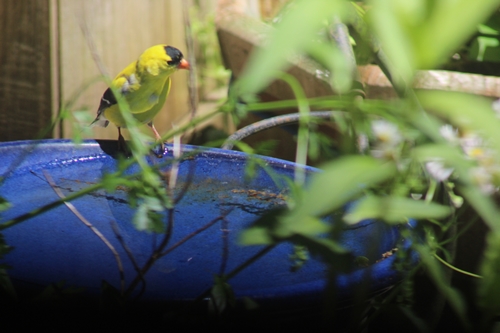 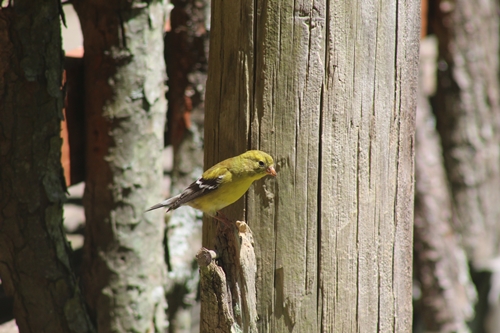 Rose-breasted grosbeaks, a species I had never seen in the holler or anywhere else, showed up at my feeder on April 25th. First I saw a male and female. Since then, more have gotten brave enough to stop by -- as many as four females and three males so far. Here are some photos: 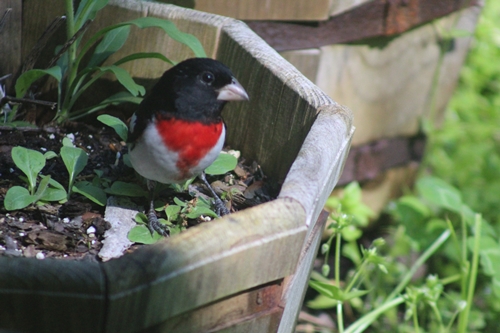 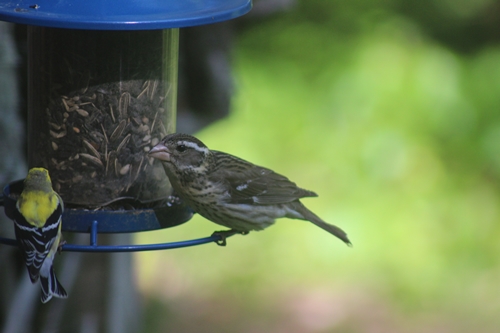 I see Tufted titmice and Carolina wrens year round. Both species build nests and raise chicks near my house every year. The wren couple has not been around much in the past week. They often come together in the evening and groom, eat and play around my planter garden. Once a new batch of wrens has fledged they usually come to play as well. 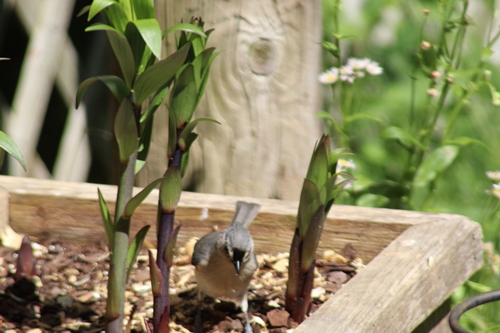 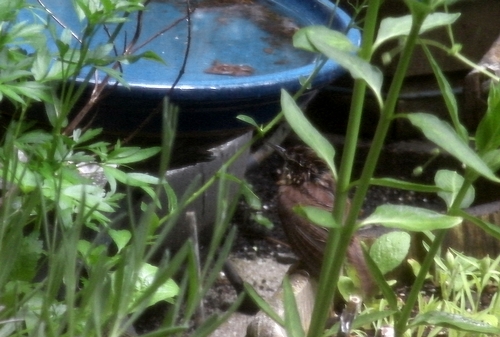 In addition to the birds I've managed to photograph this spring, I've seen others at a distance and heard many more voices in the woods around my house: cardinals, eastern phoebes, blue jays, crows, wood thrushes, hooded warblers, white-eyed vireos, common yellowthroats, yellow-throated warblers, and some others I'm still working to identify. I'm pretty sure that at least one pair of northern cardinals is nesting nearby. A male phoebe has been around since January 27th but I don't think he's found a partner yet. The first ruby-throated hummingbird of 2020 -- a female -- came to my window on April 30th, the earliest I've seen one, I think. She came several days in a row after that, but I haven't seen her since May 3rd.

I love to take porch breaks to see who's around and hear the tweet-storm du jour!

Posted by Cathie Bird on 10 May 2020 at 05:18 PM in Birds, Cumberland Mountains, Phenology, Tennessee | Permalink