A better year for Trillium in the holler

Trillium species -- at my end of the holler, at least -- had fewer flowers last year. I observe two Trillium grandiflorum plants which both produced a flower in 2020. Trillium-2 came up first and had a bud by March 22nd: 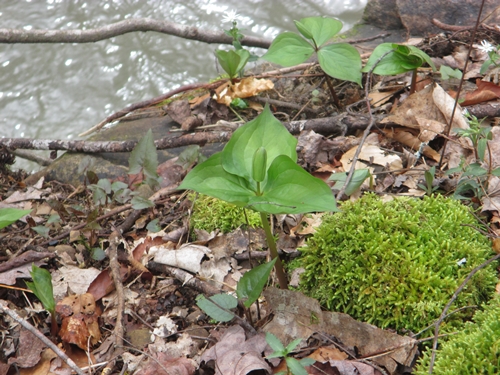 On the same day, I caught the emergence of initial growth for Trillium-1, just visible at the edge of the moss and almost dead-center in the photo: 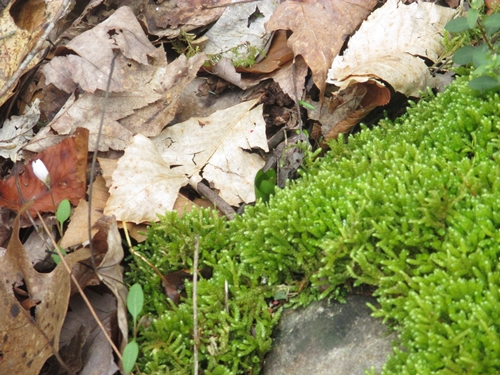 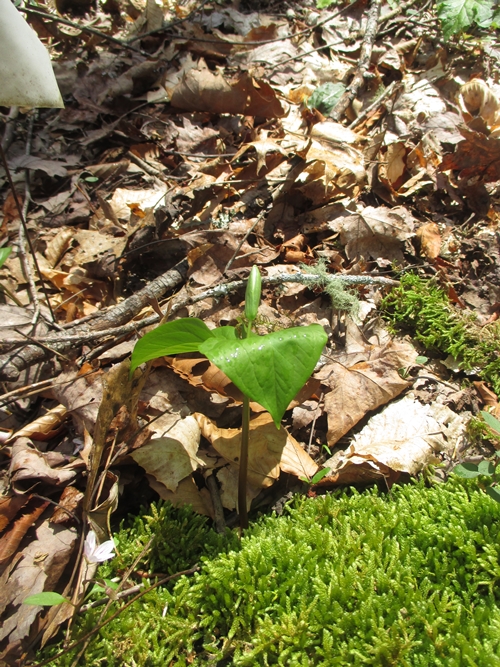 A few feet away, Trillium-2 and several other plants near it had open flowers: 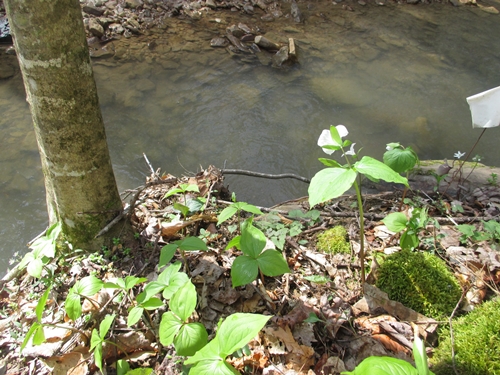 The trillium view farther down Terry Creek Lane inspired numerous vocalizations on my drive-bys. One of the slopes along the creek has several large colonies of Trillium grandiflorum that were packed with flowering plants this year. Unfortunately I never had my camera with me while they were out.

I also found a couple of red trillium clumps there, as well as yellow trillium, and a small group of "sweet betsy" (Trillium cuneatum) that hides a little bit up the slope and almost behind a tree -- tricky to find while driving on that narrow, winding part of the road.

I got one photo of the red trillium on a foggy/drippy April morning on my way back from town: 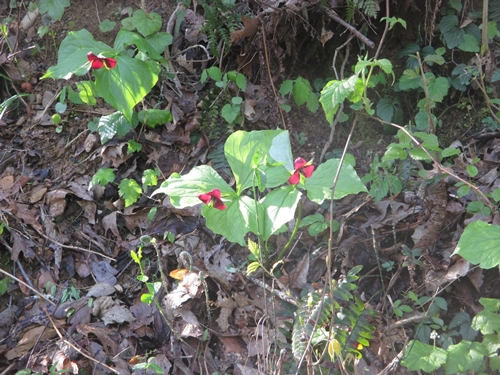 All of the flowers are gone now for all of the Trillium species -- most of them still have leaves visible, though, including Trillium-1 and -2 at my end of the holler.