Some creatures great and small in the holler last week

Yesterday as I was returning from my CSA veggie pick-up, I had to share the lane with a snapping turtle! I squeezed safely past her/him and drove on up to the house to drop off the produce and grab a camera. Approaching slowly and with caution, I got this photo: 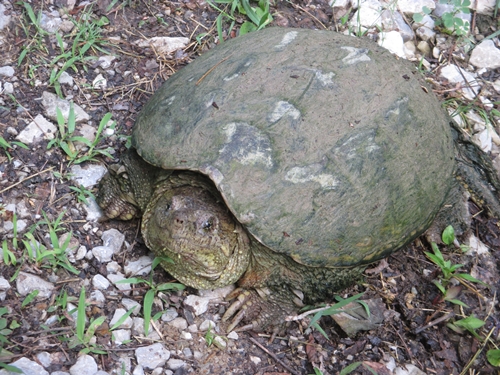 I backed away after I got the pictures but took some time for thanks and admiration. My neighbors often see a snapping turtle around the bridge farther down the lane. This is the first time I've seen one around the creeks and swampy areas at this end of the holler, but I wondered if it was just visiting, since it was headed in the direction of the bridge when I encountered it.

I saw quite a bit of interesting bird activity, including a Carolina wren that was gathering nest material: 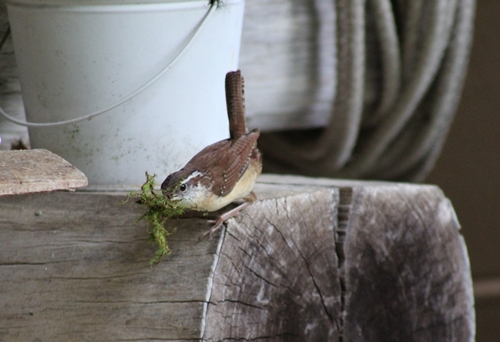 A pair of Carolina wrens has been hanging out close to the house this spring. I'm guessing this is one of them, but not sure where they are in their breeding cycle. The male comes to the porch to sing several times a day. Right now he's out at the edge of the woods.

I think I actually have two pairs of tufted titmice nesting near the house this year, one pair to the north and one south based on flight paths to the feeders. This one is of the northern pair: 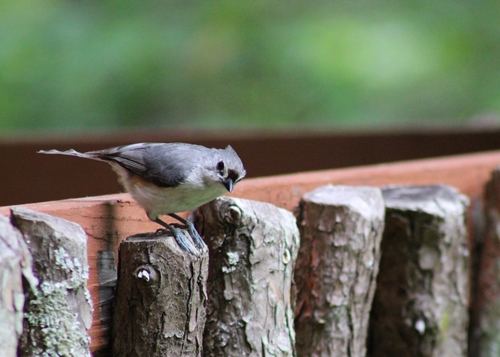 Maybe the biggest bird story for me lately was the photo I didn't catch. On May 31st I came back to my study after a session outside with Chewie -- my brush mower -- and saw a female wood thrush gathering a beak-full of clippings. I came within seconds of snagging a photonic trophy before she flew out of sight with the fruits of my labor. I was happy to have been of service, though, and rode waves of awe to the end of the day just to have seen her. 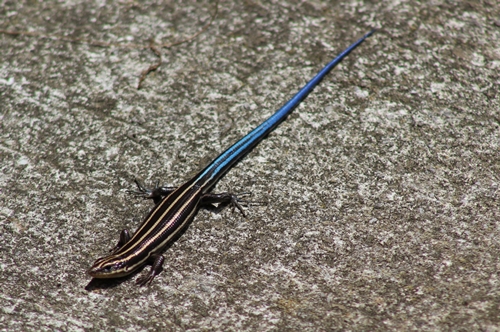 Skinks are plentiful this year. I've seen Plestiodon inexpectatus -- southeastern 5-lined adults and at least two different juveniles -- one with its tail intact and the other without. I'm pretty sure I'm seeing broad-headed skinks (Plestiodon laticeps) as well. I'm still doing a little guessing on this. Coloration of both species is variable, and I have not caught any to look closely for the differentiating features, i.e., labial and tail scales. 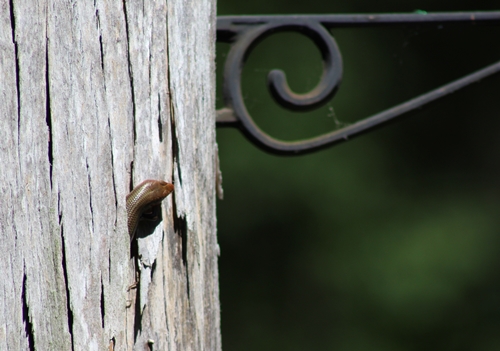 I think the individual in the photos above and below is P. laticeps. 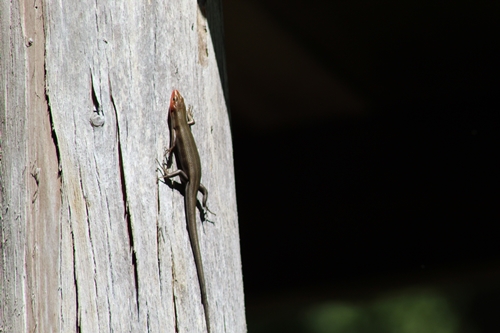 No doubts that this is an eastern tiger swallowtail, though. The plant is a snapdragon that I bought for my planters. They flower earlier than any of the other container plants. Swallowtails are feeding on clover now, and were frequent visitors to the fleabane before it phased out. 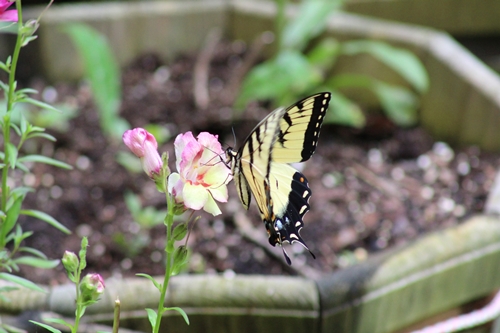 In the planters around this one, I have phlox, beebalm, Asia lilies and two species of milkweed. The phlox will be plentiful by the looks of it now. The others are not off to a great start, though I think the "snowball" milkweed will flower for the first time in a week or two:

The asia lilies have gotten quite tall but I haven't grown them before and am not sure what to expect.

Inside my study -- once I can keep the window open -- I have to do a bug patrol several times a day to catch and release any trapped insects. I successfully rescued this Nessus sphinx moth: 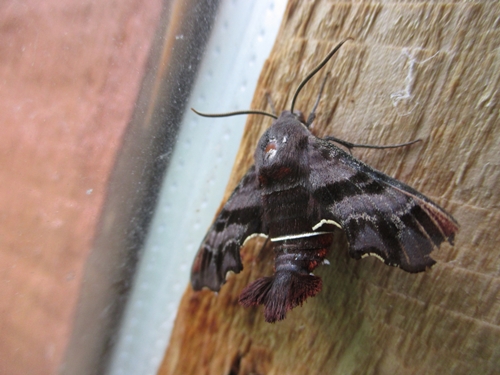 I caught this robber fly in the bug jar and opened the lid but he decided to stay for awhile, which allowed me to get some photos and search the images at BugGuide to narrow down the genus and species: 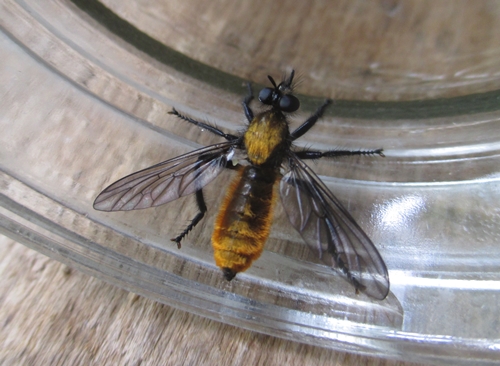 This weekend I plan to install a new bird bath and make a "puddle" for butterflies...then sit back and see what amazing creatures show up.