What's new in the holler and for HollerPhenology 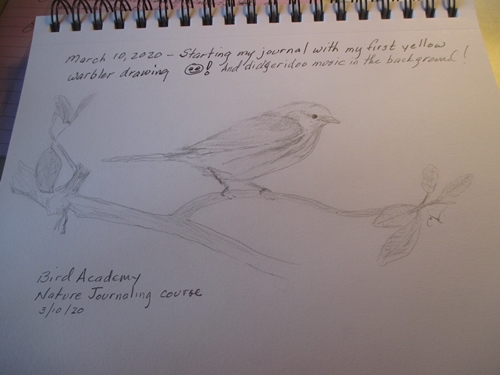 Following my decision to "hole up" in the holler around March 2nd, I signed up for the online nature journaling and field sketching course at Cornell Lab of Ornithology's Bird Academy. I have taken other courses there to expand knowledge and sharpen skills for my phenology observation activities on Nature's Notebook -- identifying bird songs and understanding bird behavior, for example.

I didn't anticipate how my work on this course might influence content here on HollerPhenology until I finished the first assignment which was -- prior to any instruction in how to sketch -- to draw a yellow warbler, then think about what advantages drawings have over photos and vice versa. These questions dropped me into the center of future intentions for posts on HollerPhenology.

I have relied, primarily, on my own photos to add visual illustrations of what's happening with life cycles of wild things where I live. Before I put them into a post, however, I often use my photos to validate what I thought I saw. Since images are time-stamped, they serve to back up memory chronology as well. Photos of one individual or colony over several years can document changes in the "neighborhood" of a certain plant that I might not remember.

Sketching the yellow warbler took me into a different (and unexpected) space, a deeper and possibly more intimate one with the species I observe. I want to explore this experience further. Every once in awhile, I want to toss a sketch instead of a photo into my posts, or maybe both, side by side.

Another thing I want to do with HollerPhenology will involve shorter posts published (I hope!) more often. The need to limit excursions beyond the holler in these days of the coronvirus may help inspire me to anchor this new habit.

I guess it's spring now. I'm going to start this post with an ecopsychological observation as well as a phenological one. This past January 8th, I sensed (rather than saw) a fluttering outside my study window, and turned just in time to see an eastern comma flapping -- somewhat frantically, I thought -- against the glass.

Granted, commas are often the first butterfly species I see every year. But not in January. I felt little joy in seeing it. It was way too early. With some urgency I wondered if I was missing new phenophases of other species I observe in the holler. I often reduce the frequency of holler walks in the winter months. Physically, mentally, emotionally and spiritually for me, it was still winter. I did not feel ready for it to be spring. And if there were things popping up and out already, I had concerns for the consequences to each and every one of them. 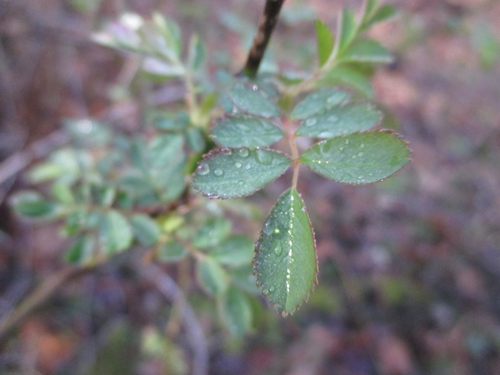 As calendar-winter went on -- with continued warm spells punctuated by serious cold ones, and more rain, more often than I have ever seen since I moved to Tennessee -- I noted that no trees, shrubs or forbs were taking the bait. My quince bushes eventually began to produce small flower buds, but they didn't swell or open, and endured a few 9- and 10-degree lows very well. By mid-February, daffodils were up and flowering throughout the larger Terry Creek drainage to which my holler's creeks contribute. Orange day lily and Siberian iris leaves began poking through the leaf cover on raised beds around my house. 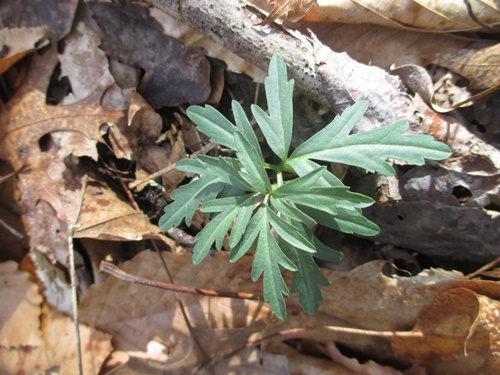 By the end of the first week of March, I had observed new, full leaves of Amur honeysuckle and multiflora rose, forsythia flowers, and first leaves of one of the cutleaf toothworts I have flagged (photos above). 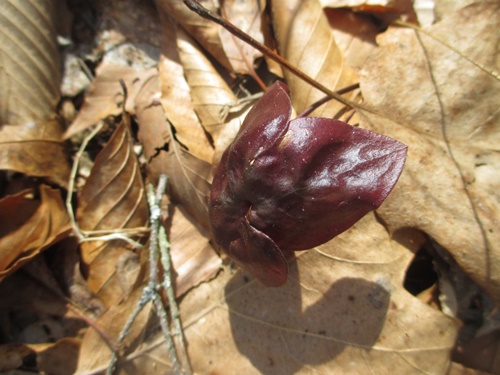 Now I'm also seeing leaves of sharp-lobed Hepatica, and Dogtooth violets (though not in the 2-sq.ft. plots I have marked). All of the red maples I observe for Nature's Notebook have open flowers, and members of this species all the way from the holler down to Knoxville are in some stage of emergence. 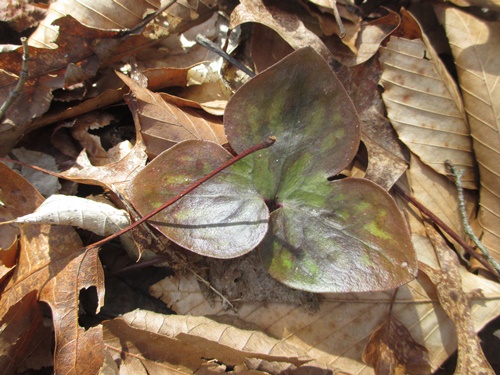 Up in the bird world (I saw/heard very few birds this winter up here in the holler, another point of concern) I've seen and heard an eastern phoebe hanging around old nest sites and calling for a mate. Blue jays, chickadees and cardinals are moving back up into the holler from fields down below. Many of these birds come up here to nest in the forested areas around my house.

And, of course, with the movement of these smaller birds comes the more frequent hunting parties of a resident hawk (red-shouldered or broad-winged, not sure which). I even saw some wild turkeys up in the air last week. And heard some barred owls.

I think it's spring. I've increased the number of phenology observation days significantly. And that feels okay now.