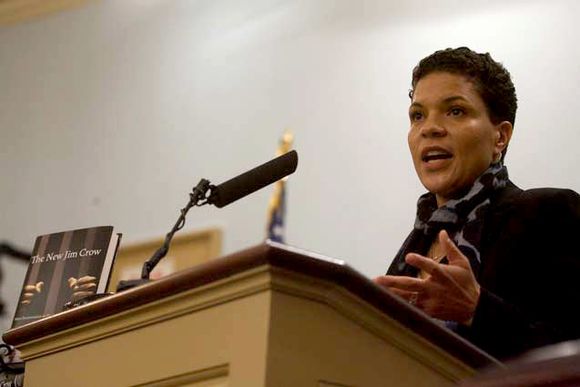 Mark Karlin: Before we get into the details, is it accurate to characterize your thesis, in a colloquial way, by saying that institutionalized racial casting is alive and even ratcheting up in the United States in 2012?

Michelle Alexander: Yes, I do believe that something akin to a racial caste system is alive and well in America. For reasons that have stunningly little to do with crime or crime rates, we, as a nation, have chosen to lock up more than two million people behind bars. Millions more are on probation or parole, or branded felons for life and thus locked into a permanent second-class status. The mass incarceration of poor people of color, particularly black men, has emerged as a new caste system, one specifically designed to address the social, economic, and political challenges of our time. It is, in my view, the moral equivalent of Jim Crow.

Read the whole interview at Truthout.